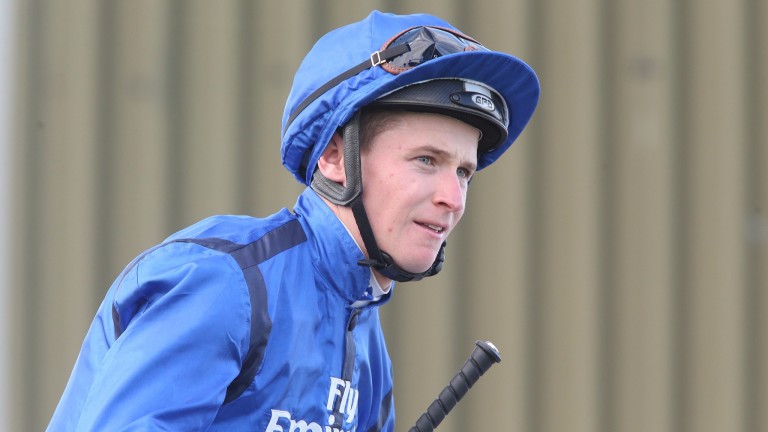 James McDonald has voluntarily stood himself down pending the inquiry
Caroline Norris (racingpost.com/photos)
1 of 1
By David Baxter 9:32AM, NOV 16 2016

Leading rider James McDonald, who has enjoyed great success both at home and abroad this year, has been charged in Australia with either betting on, or being involved in a bet on a horse last year.

Under the Australian rules of racing, the practice is prohibited, and such is the severity of the charge that McDonald has voluntarily stood himself down from riding until the inquiry into the matter has been heard.

McDonald is employed by Godolphin as the number one rider for John O'Shea in Australia and made a successful trip to Britain this summer with 19 winners, including the Group 2 Princess of Wales's Stakes on Big Orange at Newmarket's July meeting.

The charge McDonald faces relates to the debut of the Godolphin-owned and O'Shea-trained Astern, who started his career at Randwick last December.

Racing New South Wales stewards claimed they had received intelligence that McDonald had an interest in a bet on the then juvenile, who made a winning debut, scoring by two and a half lengths.

They conducted an interview with McDonald on Tuesday, which centred around his association with a known punter and the betting activities of that punter.

McDonald was charged under rule AR83(d), which states: "Every jockey or apprentice may be penalised - (d) If he bet, or has any interest in a bet on any race, or contingency relating to Thoroughbred racing involving a race in which he is riding. For the purposes of this rule, bet includes a lay bet (as defined in AR175B (7))."

During the interview the stewards indicated they would consider suspending McDonald's licence until the charge was heard, as he would undermine the sport's integrity should he continue riding.

However, McDonald voluntarily offered to stand down until the charge has been heard. A date for the inquiry has yet to be set.

FIRST PUBLISHED 9:12AM, NOV 15 2016
During the interview the stewards indicated they would consider suspending McDonald's licence until the charge was heard