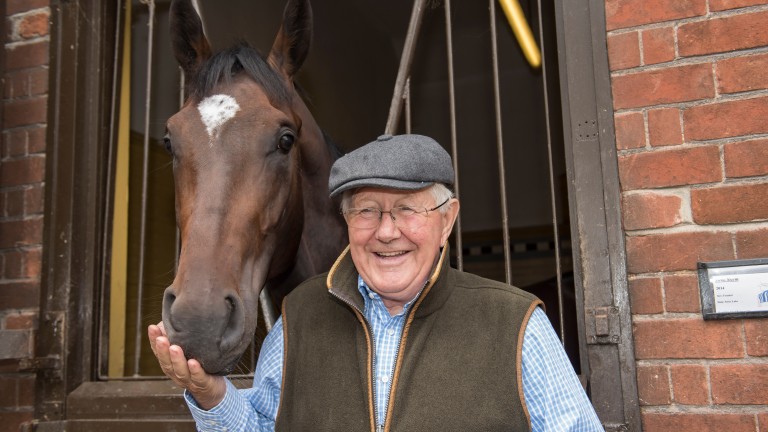 Godolphin have strengthened their Classic hand for 2017 by buying into promising Frankel colt Swiss Storm, who is in training in Newmarket with David Elsworth.

Sheikh Mohammed's organisation have bought out Elsworth's half-share in the colt, who was a spectacular winner of a 7f maiden on his most recent start at Newbury in September

The other partner in the three-year-old remains Lordship Stud, who bred the colt, although Swiss Storm is expected to sport the Godolphin blue rather than their pink and blue stripes when he tackles a Classic trial in April, probably Newbury's Group 3 Greenham Stakes.

Jim Clarke, media manager to Godolphin, said: "I can confirm Godolphin have bough a half-share in Swiss Storm and he is to stay in training with David Elsworth. He's a promising colt and I believe the plan is for him to carry the Godolphin blue next season."

A 33-1 chance for the Qipco 2,000 Guineas, Swiss Storm's form was given a boost when the Newbury runner-up City Of Joy subsequently scored at Redcar and he is built to improve at three just like his sire.

Godolphin have landed a Classic with a colt previously trained by David Elsworth – Island Sands won the 2,000 Guineas in 1999.

FIRST PUBLISHED 8:12AM, FEB 4 2017
He's a promising colt and I believe the plan is for him to carry the Godolphin blue next season