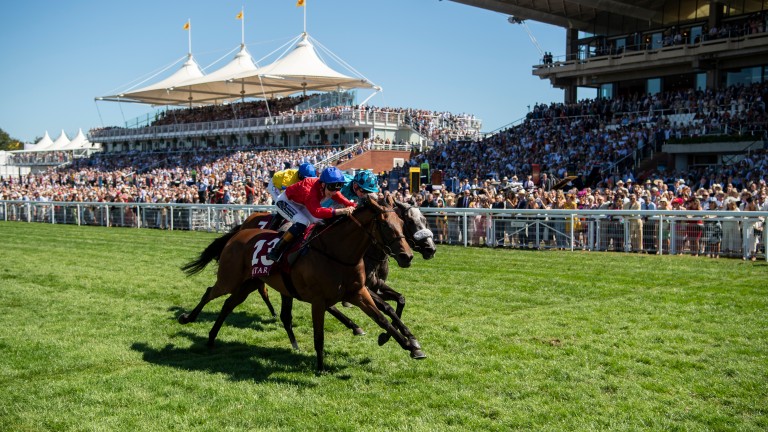 Ryan Moore has won the Further Flight Stakes twice with Frank Sonata in 2006 and Testosterone in 2013 and he will become the race's most successful rider if Pilaster can justify her odds-on price in the four-runner contest.

The Roger Varian-trained filly progressed to win the Group 2 Lillie Langtry Stakes at Glorious Goodwood last August and could end up contesting the top staying races this season according to Cheveley Park's racing manager Chris Richardson.

"She's done very well and has had an uninterrupted programme with Roger," he said.

"She's from a family which improve with age and it's an opportunity to start her off, we'll see which way we go afterwards, but she could contest those good staying races."

On conditions at Nottingham, he added: "She probably prefers a bit of ease in the ground, but when she won the Lillie Langtry it was quick, so she's versatile."

Connections will be full of confidence as Varian has started the new season with a bang, saddling five winners from his last nine runners.

Elegiac has only been out of the first four once in a 15-race career and Charlie Johnston, assistant to his father Mark, believes he has been underestimated in the market.

"Pilaster is top on official ratings, but I wasn't expecting that amount of disparity between them. Elegiac should go well and will give her plenty to think about," he said.

The race opened up for the four-year-old following a failed attempt to qualify for the All Weather Champions Day at Chelmsford last month, and Johnston added: "He had a fantastic year last season and we're hopeful he can find more improvement from three to four."

Amazing Red is another with race-fitness on his side thanks to an all-weather campaign but trainer Ed Dunlop is aware of the task in hand for his six-year-old.

He said: "Mr Varian's filly will be tough to beat, we know our horse stays and is better on turf, but he'll need to improve.

"It's disappointing for Nottingham there are only four runners, but we're happy to be taking part."

Could Suphala emerge as a Guineas contender? 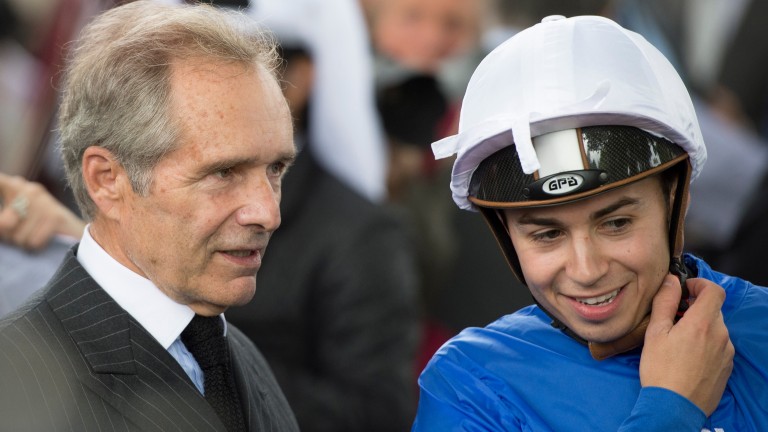 French representation in both the 1,000 and 2,000 Guineas could be thin on the ground this year, with the Andre Fabre-trained Suphala the sole entrant in either version from those running in the Maisons-Laffitte trials.

The Frankel filly is a 25-1 shot for the Newmarket Classic after winning two of her three starts as a juvenile, and connections are hopeful ahead of her return to action in the Prix Imprudence (2.37).

Hugo Lascelles, racing manager to owner Lady Bamford, said: "Andre wants to get a run into her, he's hopeful and she's been pleasing him in her work, but he said she's very backward in her coat."

He added: "There's no hard and fast plan for her, she's in the French Guineas too and we'll see what happens."

Johnston hoping Diamond can bring Djebel back to Britain

Another horse who will put his Classic credentials on the line in France is Marie's Diamond, the sole British representative in the Prix Djebel (4.02).

The highlight of the colt's juvenile season was his victory in the Group 3 Anglesey Stakes at the Curragh, while he also performed with credit when fourth behind Ten Sovereigns in the Middle Park Stakes. 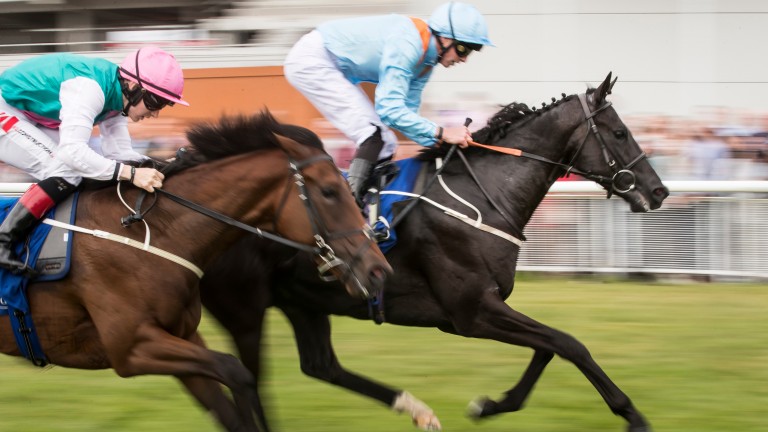 Charlie Johnston, explaining how the race will act as a fact-finding mission for the son of Footstepsinthesand, said: "He's entered in the English, Irish, French and German 2,000 Guineas, he'll go for one of them, but this race will help us decide which one.

"We have a few things to learn about him, firstly his best trip and secondly whether we need to lower our sights or not."

FIRST PUBLISHED 6:00PM, APR 9 2019
She's from a family which improve with age and it's an opportunity to start her off, we'll see which way we go afterwards