Glorious Goodwood: what we learned from day one 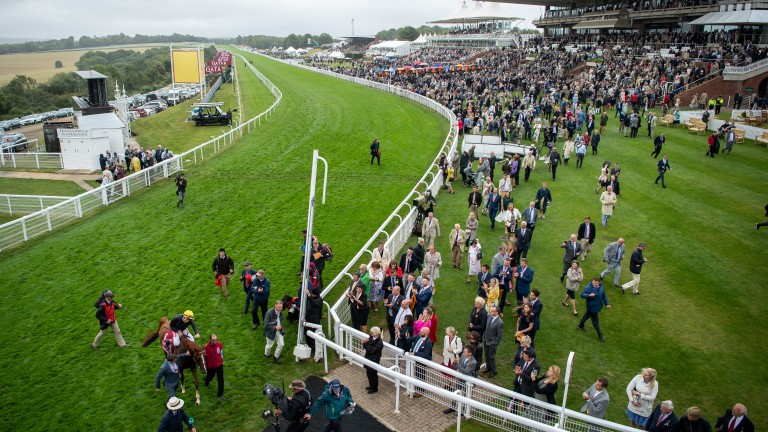 £1 million bonus is there for the taking for Stradivarius

John Gosden cited the storm which battered Goodwood throughout large swathes of Tuesday as a concern for Stradivarius in his bid for a third Goodwood Cup.

If it posed a question of Bjorn Nielsen's five-year-old, the answer was emphatic. He is simply unflappable.

Cross Counter and Dee Ex Bee were duly swotted aside with such ease that the superstar stayer's superstar rider Frankie Dettori could get away with a somewhat premature celebration, and anything but a second Weatherbys Hamilton Stayers' Million title at York next month looks rather far-fetched.

As for Dettori, it remains impossible to keep him out of the headlines in an astonishing summer but, despite doubling up with a well-timed challenge on Cobra Eye, the 48-year-old Italian was again upstaged by an imperious equine partner, just as he was following Enable's second King George victory on Saturday. One gets the impression he does not mind playing second fiddle.

Godolphin have another superstar in Pinatubo

It looked a vintage renewal of the Vintage Stakes beforehand but Chesham winner Pinatubo produced his most destructive display to date to take apart a talented field and extend his unbeaten run to four, shortening significantly in the 2,000 Guineas market in the process.

Godolphin lost one superstar son of Shamardal from their legion last month when Blue Point retired to embark on a stallion career alongside his father, but it has not taken long for Sheikh Mohammed's powerful operation and Charlie Appleby to unearth another star from the same sire and he could be destined for similarly great achievements. 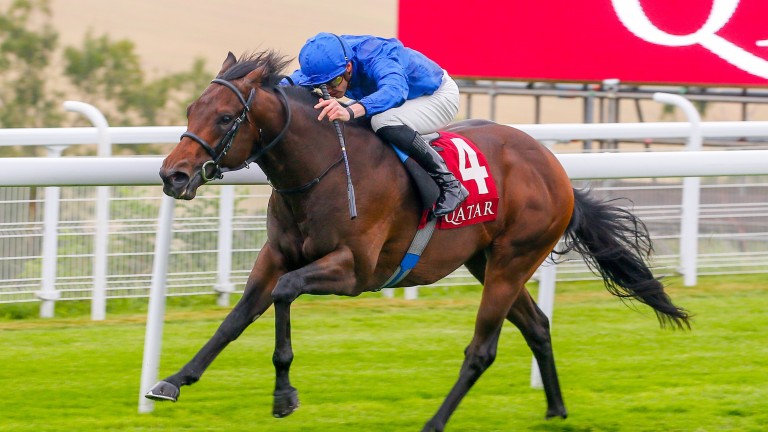 The National Stakes, which Appleby won with Quorto last year, appears to be next on the agenda and his involvement will provide another compelling element to the always exciting Irish Champions Weekend.

Tudhope a man for the big stage

A title battle can take a jockey all over the country in search of a winner, but Danny Tudhope, who is embroiled in a proper championship tussle with Oisin Murphy, proved once again that he is a man for the big occasion with a brave winning ride on Fayez.

There were plenty of examples of the trouble in-running so often associated with the hectic nature of Goodwood, but Tudhope showed patient tactics and a solid helping of luck can pay off as he carved his way through the field on 25-1 shot Fayez in the opening Unibet Handicap.

This is not the first time Tudhope has showcased his immense talent on the biggest stage this season, as he came away from Royal Ascot with four winners.

Races on the fast straight course at Goodwood will be watched eagerly throughout the week with a view to gaining important clues for Saturday’s highlight, the Unibet Stewards’ Cup (and the consolation race on the same card).

The draw can often play a huge part but it was hard to glean too much of a bias from the first two sprint contests, with the maiden won by Cobra Eye from stall one and Green Power scoring in the five-furlong handicap from the opposite side of the draw in stall 14.

Runners from stalls 14, 13, nine, 12 and 11 were the first five home in the handicap, yet perhaps the most interesting take from the two sprints is both winners came down the centre of the track, challenging well away from the stands’ side rail in the closing stages.

FIRST PUBLISHED 9:38AM, JUL 31 2019
It has not taken long for Sheikh Mohammed's powerful operation and Charlie Appleby to unearth another star from the same sire

Wonderful Tonight sails on but which French jockey will get the Arc call-up? Buick and Balding earn leading jockey and trainer titles after glorious week World Pool success at Goodwood with £2 million bet on every eligible race Goodwood delight at crowds but Friday fight leads to racegoer arrest A true icon is a rare beast indeed - but brilliant Battaash is more than worthy Family affair as apprentice jockey Elle-May Croot rides her first career winner