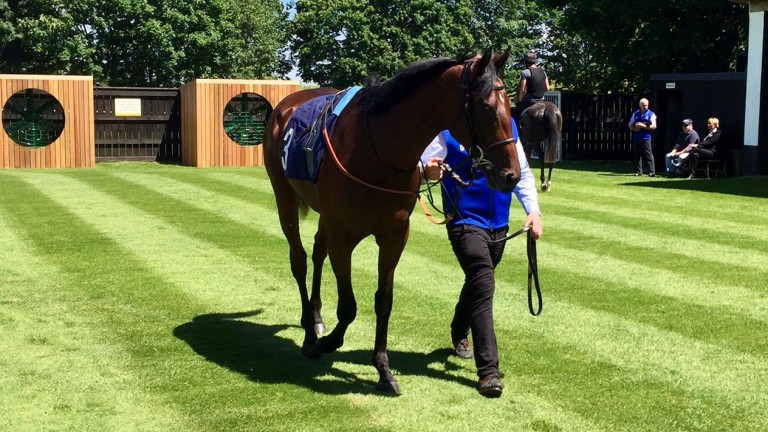 The 2.6 million guineas colt, trained by Charlie Appleby, was supplementing his debut win over six furlongs at Newmarket in June when scoring by a length and a quarter in the four-runner event.

Although Glorious Journey sported the Godolphin colours on his debut, James Doyle was wearing the famous maroon and white of Sheikh Mohammed's daughter Sheikha Al Jalila on the youngster this time around when getting the better of French-trained favourite Feralia.

Doyle said: "That was a professional performance to lead all the way. He had a nice blow which should bring him forward nicely. I'll leave it with Charlie where he wants to send him next."

There was almost a second win for British-trained runners later in the Listed Prix de Tourelles when Pleasant Surprise was just touched off by Cap Verite.

Representing Luca Cumani and Jamie Spencer, the daughter of Mastercraftsman looked all over the winner in the straight until running out of steam close home and going down by just a short neck to the Stephane Pasquier-ridden winner.

The third, outsider Sisene, was only a further head adrift but there was no joy for the second British runner Great White Shark, trained by James Fanshawe, who finished second last.