Globetrotting Tryster still sidelined and out of Dubai Carnival 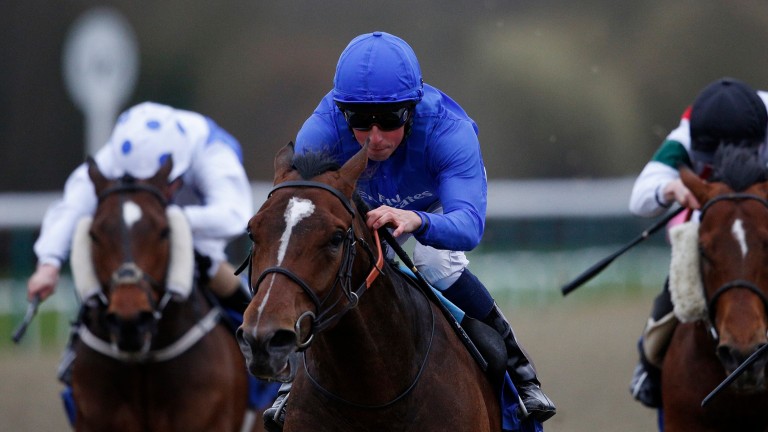 Charlie Appleby's globetrotter Tryster will not be joining the Godolphin ranks at the Dubai Carnival in January as he recuperates from a setback which ruled him out of a crack at the Cox Plate last month.

The five-year-old registered his biggest success to date in the Group 1 Jebel Hatta Stakes at the Meydan festival last March before going on to finish a close third to Real Steel in the Group 1 Dubai Turf on World Cup night.

Tryster has not been seen since finishing eighth in the Arlington Million in Chicago in August and was a late scratching from Appleby's successful Australian team. There are no immediate plans for his future programme.

Appleby said: "We aim to take some of the old faces and some new ones out for the Dubai Carnival but Tryster won't be among them as he's on the comeback trail and is staying at home.

"We have the likes of Boynton, who won the Group 2 Superlative Stakes at Newmarket in the summer, for the UAE 2,000 Guineas. We also have Calare, who won a Listed race at the Curragh on her last start, for the UAE 1.000 Guineas."

In contrast to recent years, Appleby is also to revert to a previous Godolphin policy by wintering some of his stable stars at the palatial Al Marmoom Stables in Dubai, including Eclipse winner Hawkbill.

He said: "We also plan to take the likes of Hawkbill and Blue Point out to Dubai, not to race but for a winter holiday which will hopefully put them in good stead for 2017."

The Godolphin policy of wintering horses in Dubai was seen to good effect in the 1990s with the likes of Mark Of Esteem coming off a plane to land the 2,000 Guineas in 1996.

FIRST PUBLISHED 12:39PM, NOV 20 2016
We aim to take some of the old faces and some new ones out for the Dubai Carnival but Tryster won't be among them as he's on the comeback trail and is staying at home