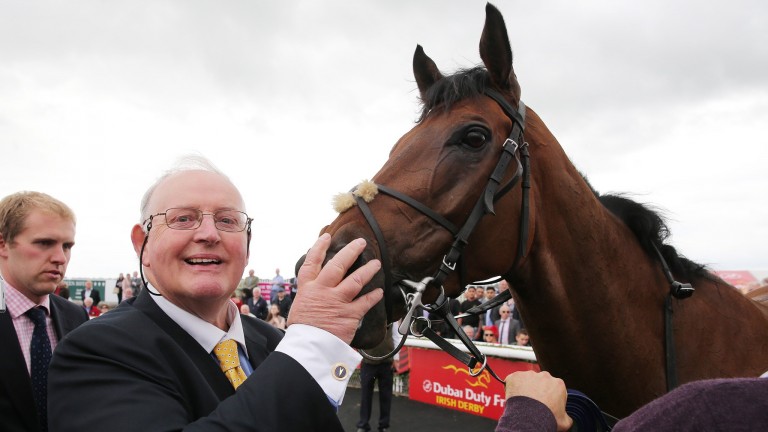 Gordon Lord Byron, the globetrotting star of Tom Hogan's County Tipperary stable, is set to have his next start closer to home in Sunday's Renaissance Stakes at Naas.

Owned by Dr Cyrus Poonawalla and Morgan J Cahalan, Gordon Lord Byron made his 91st appearance last weekend in the Czech Republic, finishing fifth in a local Group 3 at Velka Chuchle racecourse on the outskirts of Prague.

The remarkable ten-year-old, who has won Group 1s in Britain, France and Australia, is now set for a quick reappearance in the 6f Group 3, which he was sixth in 12 months ago.

"He's come back from Prague in good form," said Hogan.

"He ate up when he got back and seems well in himself so if everything continues to go right with him over the next few days the plan would be for him to run and Billy Lee will ride him.

"He needs good ground to be at his best these days. Unfortunately it rained in Prague and the ground got a little loose on top so he couldn’t get any traction. Hopefully it will stay dry for the rest of the week."