The key to finding winners at Santa Anita, simply the best racetrack in the US 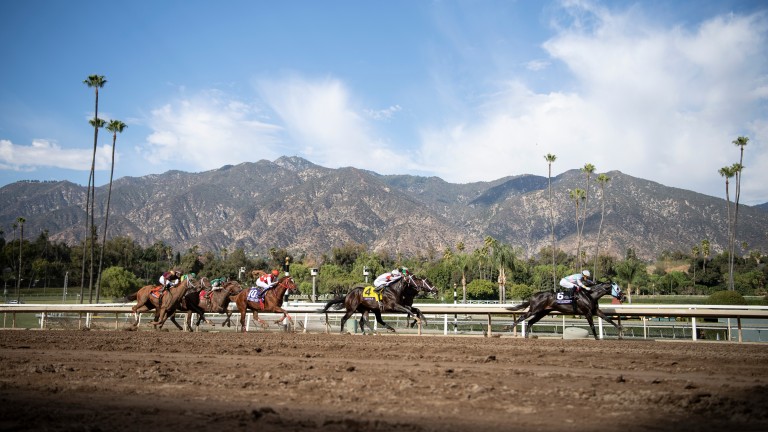 The San Gabriel mountains form the classic backdrop to the 2019 Breeders' Cup Sprint at Santa Anita won by Ricardo Santana jnr and Mitole (4)
Edward Whitaker
1 of 1
By Tom Collins UPDATED 10:16AM, MAY 10 2020

Having hosted the Breeders' Cup on ten occasions, including last year, you would not be wrong in assuming that Santa Anita is the best racetrack in the US.

A natural dirt track that is one mile round rings a turf course that measures just over seven furlongs. Santa Anita is also home to the most famous starting point in all of America – an unusual hillside turf chute where races over 6½f are begun.

Over that trip, racing from off the pace is an advantage. You can get a big slingshot off the final elbow and propel down the outside of the turf course – a tried and tested route. On the whole, though, being prominent is a huge bonus, especially on the dirt track, although racing against the rail is not as much of a plus as you might imagine. 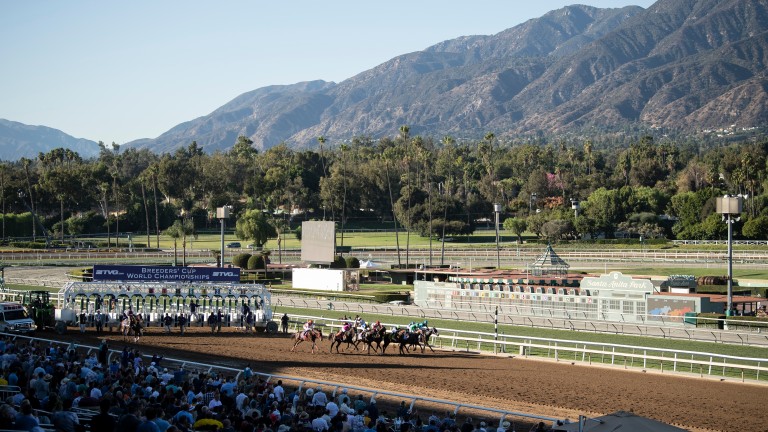 Some of the best two-year-olds in the US make their debuts at Santa Anita – most of whom are trained by the brilliant Bob Baffert.

Richard Baltas and Doug O'Neill win their fair share over the course of the meets, while Phillip D'Amato is one of the shrewdest trainers around.

The strength in depth in the saddle is clear to see. Not only do you have Mike Smith, Joel Rosario and Rafael Bejerano – all of whom are or will be in the Hall of Fame, but the likes of Flavien Prat, Drayden Van Dyke and Victor Espinoza, of American Pharoah fame, ply their trade. 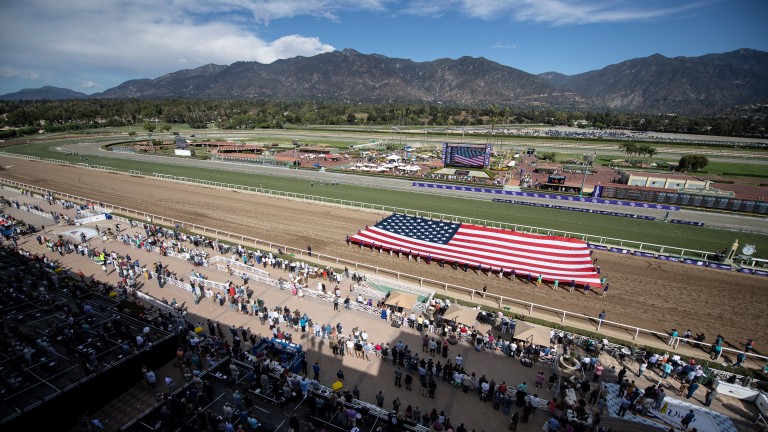 Santa Anita is also arguably among the most beautiful racecourses in the world with its backdrop of the San Gabriel mountains.

Officially opened in front of a crowd of 30,777 on Christmas Day 1934, when it began a 65-day season, the next day's Los Angeles Times reported that scores of celebrities including Al Jolson and Clark Gable "rubbed elbows at the new track".

Seabiscuit would emerge as Santa Anita's early icon with his rise from humble beginnings to become the fans' favourite; Santa Anita showcased racing's first millionaire, Citation, as well as Noor, who upset 'Big Cy' in the 1950 Big 'Cap and again in the San Juan Capistrano; and a young Willie Shoemaker won his first of 17 successive Santa Anita riding championships in 1951.

FIRST PUBLISHED 4:29PM, MAR 26 2020
You can get a big slingshot off the final elbow and propel down the outside of the turf course – a tried and tested route