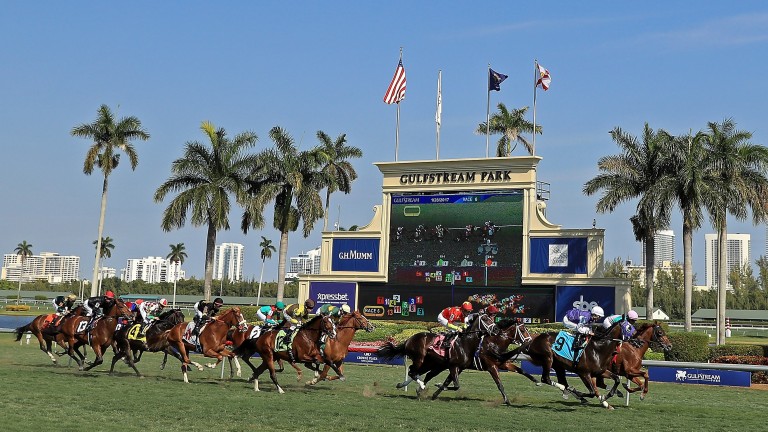 Three times the venue for the Breeders' Cup series and the home of the Pegasus World Cup, Gulfstream Park is an oval-shaped venue at Hallandale Beach, Florida, with long, sweeping turns on the dirt course and sharp corners on the inside turf track.

It suits those with early speed and a rail draw is beneficial, although swinging wide in the straight on the turf track is far from a disadvantage.

The dirt and turf tracks are used equally throughout the December-October meetings. The turf track, which measures a mile in circumference, often runs firm due to the heat of the Florida sun, while the dirt track, measuring a mile and 1/8th furlong, has a strong pace bias.

Racing in the middle around the turns on the dirt track is to be avoided, especially if your horse is in a pace duel up front as the track often rides fastest along the inside so saving ground is all the more important. 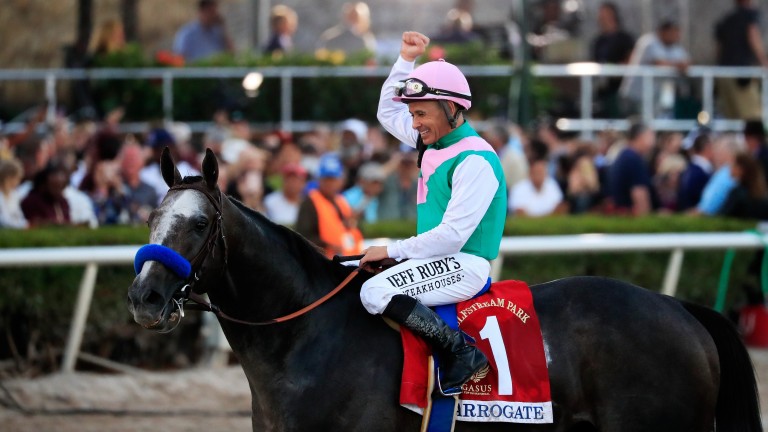 Some of the best jockeys across the US have been riding at Gulfstream this year, with Irad Ortiz jnr, Eclipse award winner for the last two years, leading the top rider standings. Luis Saez, Tyler Gaffalione and Paco Lopez, who has a unique riding style but is very profitable, also rack up their fair share of winners.

As for trainers, Michael Maker and Todd Pletcher, both of whom have huge strings, top the leaderboard, while Saffie Joseph and Antonio Sana are well represented on a daily basis.

Gulfstream Park’s most important prep race for the Kentucky Derby is the Florida Derby, contested on the dirt track over 1m1f. 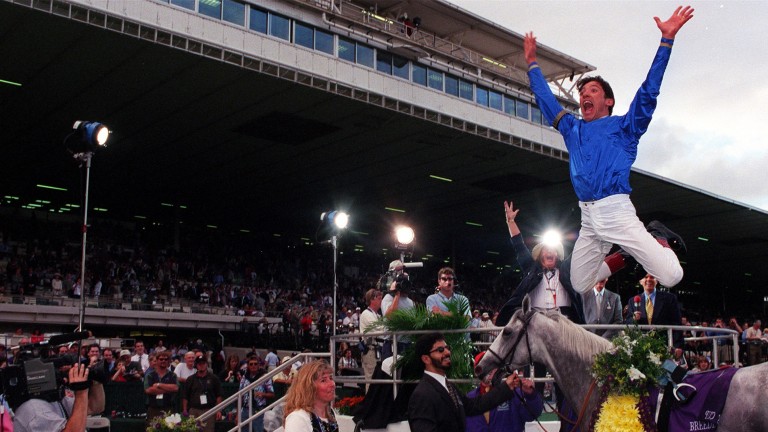 The first Breeders’ Cup held at the track in 1989 featured the great rivalry of the decade between Kentucky Derby and Preakness Stakes winner Sunday Silence from California and Belmont Stakes winner Easy Goer from New York. They met in the Classic to decide Horse of the Year honours and it was Sunday Silence who prevailed by a neck after an epic duel down the home stretch.

In 1992 A.P. Indy was the star of the meeting in the Classic and in 1999, the last time Gulfstream staged the Breeders' Cup, it was Frankie Dettori and Daylami who stole the limelight in the Turf.

In 2017 Gulfstream Park hosted the inaugural Pegasus World Cup Invitational, the brainchild of Frank Stronach, the track's owner, with a format not seen in racing before as the race's world record $12 million purse was funded by the purchase of 12 starting gate slots for $1m each. The winner was Arrogate, who defeated a field that included California Chrome.

FIRST PUBLISHED 5:30PM, MAR 24 2020
Some of the best jockeys across the US have been riding at Gulfstream this year, with Irad Ortiz jnr leading the top rider standings

Marquand and Kirby join Moore and Dettori on Ballydoyle's 2,000 Guineas squad Astounding Dubai World Cup champion Arrogate dies aged seven How racing rallied round to raise funds as well as spirits in a time of crisis 'All I wanted to do was finish my day, get in the shower and punch the wall' 'Frankie had ridden seven winners and I said we might have lost between £8-10m' Who is racing's Lionel Messi? The leading seven jockeys primed to shine in 2020