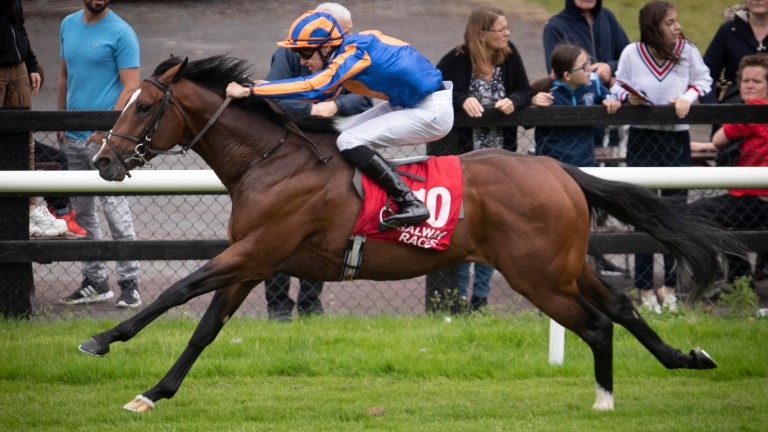 Not since the brilliant Excelebration justified his skimpy starting price of 2-7 in 2012 has Aidan O'Brien managed to win this Group 3, but Lancaster House looks to have a great chance of ending that drought if coping with the drop to seven furlongs.

The Galileo colt went from winning a Galway maiden last August by eight lengths to contesting the Group 2 Boomerang Stakes during Irish Champions Weekend at Leopardstown in mid-September. He was only seventh of nine there, but looked the part when running away with a Listed race at Listowel prior to that.

The chances are we have yet to see the best of the four-year-old, but will he be at his best over seven furlongs? That is the poser facing punters here.

We know the 7f trip is ideal for Speak In Colours and he is the highest-rated runner in the race with a mark of 110. He sets the standard.

Smash Williams might not win as often as he should, but he likes the Curragh, goes well fresh and is always dangerous when on a going day.

Psychedelic Funk signed off last season by winning at Leopardstown, but he is rated 10lb below Speak In Colours, while Crafty Madam, Silver Service and Peshkova have it all to do according to the official figures.

The betting suggests it is a shootout between Lancaster House and Speak In Colours, but Smash Williams might well be the one to spoil the party for punters.

Joseph O'Brien, trainer of Speak In Colours
You'd like to think he has a good chance, although it's a hot enough race despite the small field. He ran in Saudi Arabia a while ago so he should be fit enough. He's in good form.

Aidan O'Brien, trainer of Lancaster House
He's a nice horse who achieved a lot in a short space of time last year. He's been working well and we're very happy with him. He's never run over seven before, but hopefully he has enough pace to cope with that.

Ken Condon, trainer of Crafty Madam
She seems well and was a bit of a revelation last season. We were delighted she won a good pot at the track last year and picked up some black type when third in the Concorde Stakes. She's in foal to Invincible Spirit, and as a half-sister to Profitable we'd love for her to pick up some more black type. She doesn't have a huge amount of time left so hopefully she can put up a good performance.

Michael Mulvany, trainer of Silver Service
We're just hoping she can sneak a bit of black type with her, we know she probably won't be good enough to win it. I would love if there was a bit more juice in the ground for her.