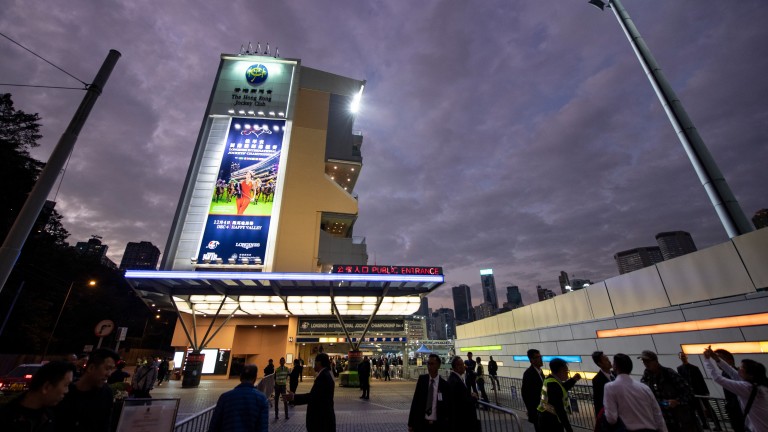 The fact the clocks have gone back in Europe means an earlier start for Hong Kong racing fans this Wednesday. Happy Valley stages a nine-race card starting at 10.45 and a handful of notable European imports will be part of the Sky Sports Racing coverage for the featured £220,000 Time Warp Handicap at 2.50.

It was just like old times at Sha Tin on Saturday when Zac Purton and Joao Moreira rode a treble and a double on a day when promising young horses dominated the headlines.

This is some debut...

The ultra-progressive Mighty Giant completed a five-timer in typically brave style under Purton in a hot Class 2 finale and looks destined for Group races soon, while Courier Wonder left a striking impression when bolting up on his debut under Moreira.

The Magic Man was smiling broadly as the winner passed the post and winning trainer John Size shed his usual caution to say:  "I think we’ve found one. It’s impossible to compare them on one outing, but in Hong Kong, if a three-year-old wins its first start by a margin, normally they go all the way.”

Maximus up for the fight after promising debut

Maximus never promised to trouble Mighty Giant and co on his HK debut but Tony Millard's gelding stayed on willingly to be beaten under six lengths into seventh and went a fair way to fulfilling the promise he showed when winning four from four in Europe. 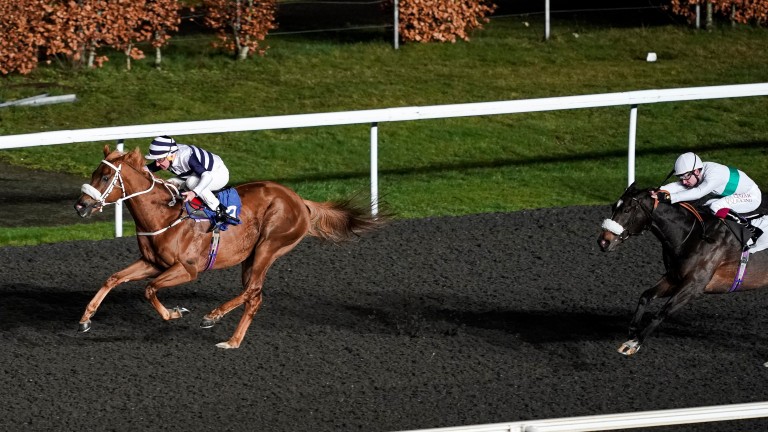 The Ivawood gelding was known as Chares and trained by Jane Chapple-Hyam when he earned his ticket to HK by making all to beat the smart Berlin Tango at Kempton back in March.

Berlin Tango has also found his way to Sha Tin since, via a fine third behind Russian Emperor in the Hampton Court Stakes at Royal Ascor, and shaped respectably under Moreira in his first barrier trial on Tuesday morning.

Wednesday's Happy Valley feature at 2.50 features a clutch of horses familiar to followers of the European scene, but several look hard to fancy.

French Listed winner Waltham has added a 'Packing' to his name and looks up against it first time out, along with Kyrus Unicorn, who was well above average as Zuenoon for Dermot Weld but has been struggling for early pace at Sha Tin.

Amazing One Plus is another Weld alumnus – he finished fifth in Masar's Derby when known as Hazapour and caught the eye coming home powerfully at the Valley three weeks ago – but don't rule out a bold run from another Irish import.

Insayshable was a dual winner for Ger Lyons and has done pretty well in HK, winning twice and collecting almost £750,000 in prize-money. He has shown enough on both starts this season to suggest he's back to a fair mark and, with Neil Callan in good form, the market might just miss him here.

The Happy Valley track will be at its narrowest for Wednesday's card and the difficulty of overcoming a high draw is clear to see.

Chau straight back in the groove

HK's newest apprentice Jerry Chau came back from suspension on Saturday and got straight back in the groove, notching his eighth winner of the season with a stalking ride on Sunny Star and the ninth with a polished front-running effort on Baltic Success.

The 20-year-old is scoring at a very healthy 14 per cent strike-rate and rides in eight of the nine races at Happy Valley on Wednesday.

The draw isn't ideal for several of them but Chau's 10lb claim can be a big plus when he gets aboard a horse for the first time and the pace Mig Energy has been showing suggests he can go very well from gate eight in the Speed Vision Handicap at 1.45.

Bets can be placed into HK pools with the Tote, Coral and Ladbrokes