Saturday Previews WHAT THEY SAY

Get the lowdown on Beverley's big juvenile sprints 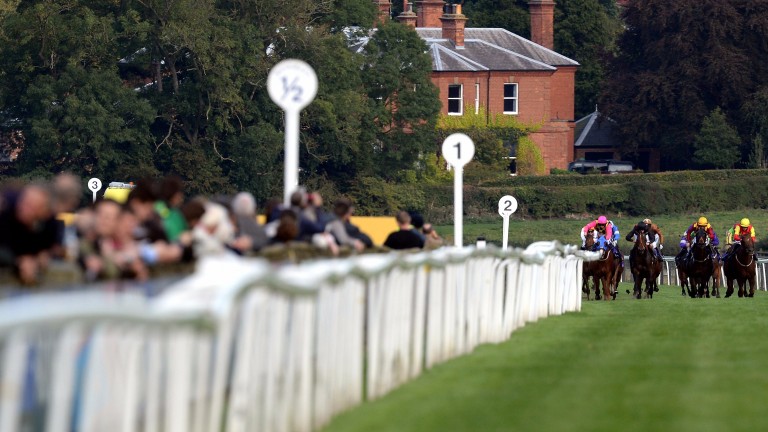 Charlie Johnston, assistant to his father Mark, trainer of Cardsharp and Rufus King
Cardsharp ran well in defeat at Epsom last weekend when runner-up behind De Bruyne Horse and we still have Royal Ascot in the back of our mind for him, but he has to go and win first. Rufus King was very impressive when winning at Pontefract but the race rather fell apart around him and he almost won by default. I think a testing five furlongs will suit and we will find out if he is Royal Ascot calibre.

Michael Bell, trainer of Joe’s Spirit
He seems to have taken his race at Chelmsford at the end of last month well but has got a bit to find with a couple of the others, notably Cardsharp. I'm hopeful he will handle the ground as he worked well on soft at home in the spring.

Richard Fahey, trainer of Areen Faisal
We've given him a bit of time since his debut at Newmarket at the Craven meeting and we do think he's a nice colt. This is quite a big ask but he's done well for that little bit of time off. It wouldn't be a shock if he ran a very big race as he should be okay on the soft ground.

Richard Fahey, trainer of Maggies Angel
I don't think there'll be a problem with conditions and the stiff five furlongs will suit her well. Mark Johnston's filly [Rebel Assault] is the one who might take a bit of beating.

Brian Ellison, trainer of Moonlit Sands
She's a nice filly and ran well enough on her debut at Catterick as that track was probably a bit too sharp for her. I'm hopeful she will be suited by conditions as it's likely to be on the soft side.

Charlie Johnston, assistant to his father Mark, trainer of Rebel Assault
She's definitely Royal Ascot quality and will go for the Queen Mary. We were a bit shocked and disappointed to be beaten at Musselburgh when second, although they did break the track record. She will have learned a lot more in defeat than when she won on the bridle at Catterick.

Marjorie Fife, trainer of Popsi
She was claimed after finishing second at the course the other day so she knows the track, which can be an advantage sometimes. She has something to find but on soft ground bigger surprises have happened.

Robert Cowell, trainer of Chica La Habana
She's a straightforward filly who will stay six furlongs so the uphill finish at the course will suit, but I have no idea about whether the soft ground will.