Get on Gin and hope for tonic at Exeter 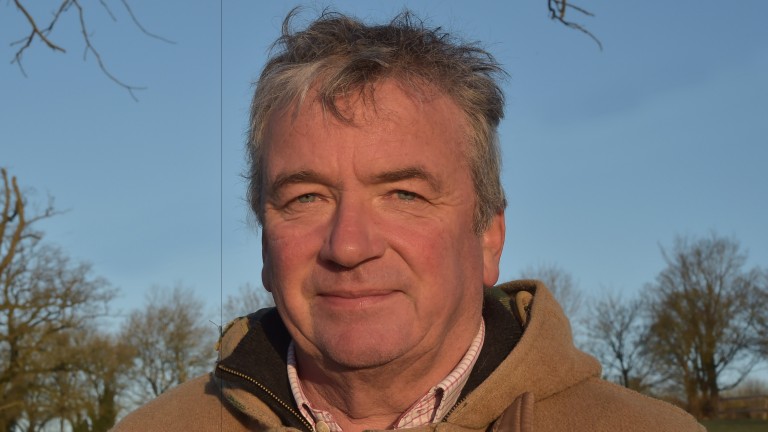 It would be unforgiveable not to mention what an amazing game it was between the Green Bay Packers and Dallas Cowboys on Sunday.

Nail biting excitement, unbelievable skill and athleticism, suicidal commitment, edge of seat drama. Aaron Rodgers - the Packers’ magical quarterback; Jared Cook’s extraordinary clinching catch; a game to remember, if I can. It’s not my fault if you didn’t see it. I can’t help it if you haven’t got the sense to watch the playoffs for the Super Bowl.

But I digress. There’s a big day at Exeter coming up, especially in the appropriately named Good Luck Vision De La Vie Handicap Hurdle (1.30). I've got some inside information although, like most inside information, it probably won’t do you, or me, much good.

Before he retired, Jim Old trained Pink Gin to win a maiden hurdle at Towcester and then finish runner-up to the now quite useful Cogry. Pink Gin was given a rating of 121 but injury then kept him off the track for almost two years.

Owners Julie Fowler and Chris Jenkins kept faith and last year Pink Gin reappeared from Nigel Twiston-Davies's yard, with Old keeping a watchful eye and Mark Grant keeping the ride. The lightly raced nine-year-old has been well beaten in the four outings since his return and as a result his rating has dropped to 97. There was a bit more encouragement last time when, after another break, Pink Gin finished fourth of six finishers in a similar race at Uttoxeter.

The hope is that Pink Gin will have come on for his last run and return to something closer to his former glory. Will he? I don't know. It's very unlikely that he’ll knock on the door of 121 but he doesn’t need to against opposition that could hardly be weaker. I don't mean to be rude but they’re pretty awful. Only two of Pink Gin's 16 opponents finished within 20 lengths of the winner on their most recent outing. Granted, Pink Gin didn't either.

Faute de mieux, as they say in Paris, Late Shipment will probably be favourite. Nikki Evans' six-year-old is at least in form and won his first hurdle race, from 11 tries, in an amateur riders' event at Hereford two weeks ago. For that crime he has been raised 9lb.

Late Shipment is owned by the splendidly named Marion Gittings-Watts who, as I don't suppose you know, is active in the Tregaron Trotting Club. Perhaps that's where Late Shipment will end up.

So, to sum up, Pink Gin is running in the 1.30 at Exeter. The opposition is weak. I am hoping that he will win but it wouldn't surprise me if he was unplaced. We'll just have to wait and see. I hope that helps.

Meanwhile at Kempton (it's still open), Pancake Day (1.55), who gave apprentice Finley Marsh his first winner a week ago has a decent chance of giving Marsh his second, off the same handicap mark. Will he? Dunno.

FIRST PUBLISHED 6:07PM, JAN 16 2017
Before he retired, Jim Old trained Pink Gin to win a maiden hurdle at Towcester and then finish runner-up to the now quite useful Cogry