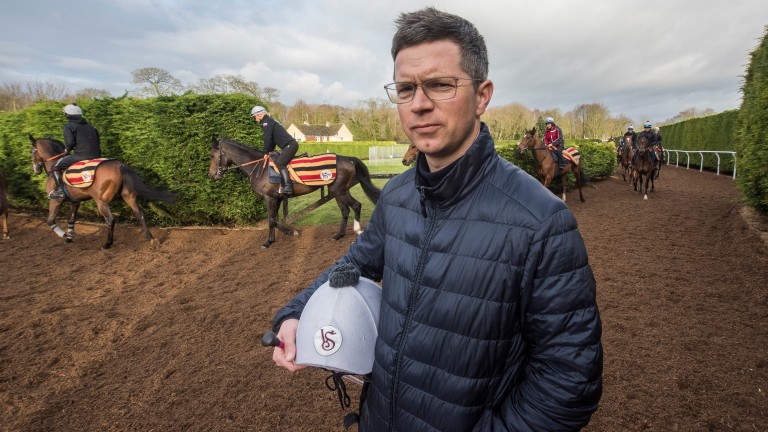 Following an early World Cup exit Germany's sporting stature has been knocked somewhat in recent weeks. The pain could be deepened at Sandown on Saturday when Narella's British debut may hammer home that the nation has said goodbye to a significant talent.

It was for German trainer Markus Klug that Narella won a Baden-Baden Group 3 in September before bringing up the rear in the Prix Marcel Boussac. That was her first start for owner Teruya Yoshida, who subsequently sent her to Roger Varian, the man responsible for unleashing her in a Listed race he took with Nahrain seven years ago.

"Narella won a German Group 3 impressively on her second start and she had excuses in the Marcel Boussac subsequently," said Varian.

"She arrived with us shortly afterwards and she trains like a nice filly. This is a good starting point as she doesn't carry a penalty and I hope we'll learn plenty about her optimum conditions moving forward."

James Fanshawe has shown time and again he is a master at getting the best out of his fillies, so plenty will be sweet on the prospects of the trainer's representative Preening.

On her most recent start 22 days ago Preening was the wide-margin winner of a handicap over the same Sandown mile she faces here.

The Cheveley Park Stud homebred scored off 83 on that occasion and is now rated 93, but Fanshawe has opted to take her straight into black-type waters.

Fanshawe said: "There's always a chance that after a race like this you think you should have gone for a fillies' handicap, but she did win nicely over course and distance last time, so we pencilled her in for this race after that. It's for three-year-olds only as well, which makes it even more attractive.

"She's up against higher-rated fillies, so we can't be sure how she'll get on against them, but she's a lovely filly and going there in good form."

The last two winners of the Distaff contested the Sandringham Handicap at Royal Ascot, although since then that race has had its Listed status removed.

Nonetheless, four members of this field took part in the Sandringham, with the Sir Michael Stoute-trained Desert Diamond faring best in fourth. Also coming on to Sandown from that Ascot cavalry charge are Di Fede (seventh), Tajaanus (19th) and Broadway (22nd).

William Haggas, trainer of Awesometank
She's a nice filly. She won well in a handicap last time and she'll run another nice race here. It looks an open contest and she has as good a chance as any.

Aidan O'Brien, trainer of Broadway and Darkness Falls
Broadway didn't have much luck in the Sandringham. She came out of the race well and we think the stiff mile will suit. Darkness Falls won a handicap at Naas quite nicely last time. She's in good form and we're hoping she might get some black type.

Roger Charlton, trainer of Gavota
She ran very disappointingly in the Fred Darling at a time when our horses weren't quite right. She then had a poor draw at Carlisle, where she also didn't handle the dip. She needs to show last season's form to win this race and I therefore can't be confident.

Richard Hannon, trainer of Tajaanus
She never really got into the Sandringham, but this is a much easier opportunity and she’s got winning form at the track, ironically beating [1,000 Guineas winner] Billesdon Brook! Her work has been excellent and she goes there with a great chance.

FIRST PUBLISHED 6:24PM, JUL 6 2018
This is a good starting point as she does not carry a penalty and I hope we will learn plenty about her optimum conditions moving forward