News BACK IN THE SADDLE

It's often said that racing is a game of highs and lows, and if that age-old adage is anything to go by then Barry Geraghty is due a phenomenal week upon his return from injury at the Galway.

The 37-year-old was given the all-clear to return to action on Friday following an unfortunate spell of injuries. He fractured ribs and suffered a collapsed lung in a fall at Kempton in February before fracturing his left arm in a fall from Minella Foru in the Irish Grand National, just a fortnight after his return.

JP McManus' retained rider expressed his delight at being passed fit, saying: "It's great to get the go-ahead and thankfully things have been going well recently, after missing the last three months.

"I haven't been back riding out yet but tomorrow morning I'll be starting off. I don't have a date in particular to come back next week just yet, we'll wait and see." 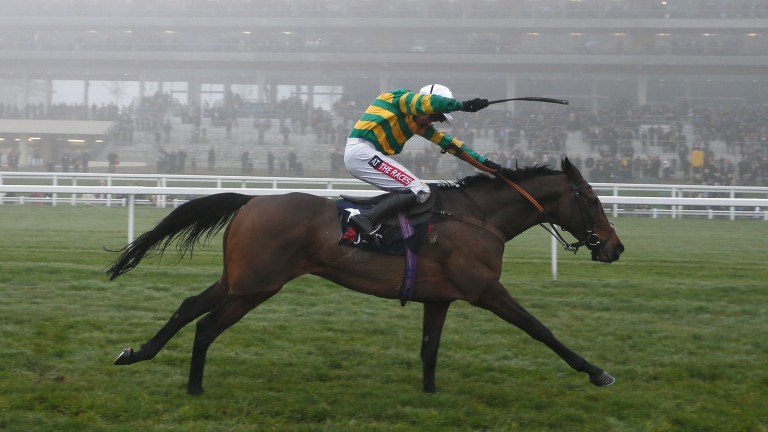 Geraghty will almost certainly have an exciting week at Galway – which starts a week on Monday – wearing the green and gold of McManus, hopefully making the hard work in returning to fitness particularly worthwhile.

"There's plenty to look forward to and a few nice ones to think about for Galway," continued Geraghty. "I've been doing sessions to help the recovery in Santry and I'm in good shape, having done plenty of physio work."

FIRST PUBLISHED 2:48PM, JUL 21 2017
There's plenty to look forward to and a few nice ones to think about for Galway