Chaloner fractures back and foot in Newcastle fall 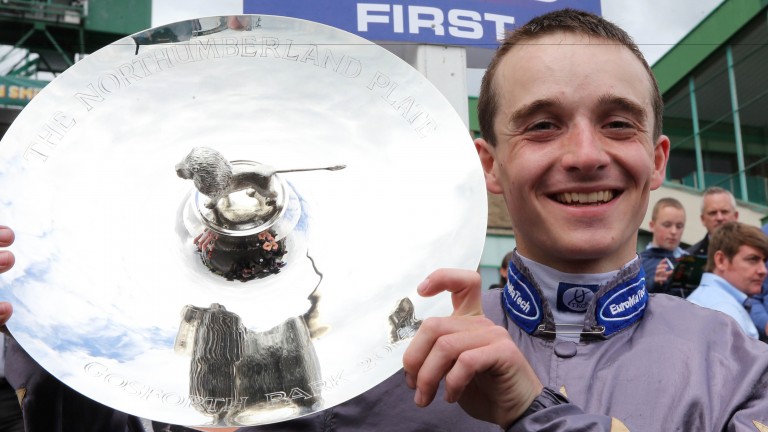 George Chaloner's injury woes continued at Newcastle on Wednesday night when the jockey sustained a fractured vertebra and suspected broken foot in a fall.

Chaloner was unseated from Woodacre when the ten-year-old was fatally injured in the closing stages of the 1m4½f handicap and was taken to hospital for checks.

It was the jockey's first ride back after breaking his collarbone in a fall at Wolverhampton last November, and he said on Thursday: "I've had a bit of bad luck lately.

"The doctor said I've fractured my T8 verterbra and I've done something to my foot, it's swollen up. We'll see what they say. The doctors have been really good and are looking after me."

Paul Moloney, also on the injured list after a heavy fall at Sedgefield last Sunday, has damaged his ribs and chest, as well as breaking a collarbone, he revealed.

Moloney was aboard Going Concern, who was fatally injured when coming down at the second-last in a handicap chase.

He said: "I've seen the doctor again. I knew I had a broken collarbone on Sunday night but with the swelling they couldn't pinpoint what else was wrong.

"I've broken a couple of ribs and torn my chest muscles. I'm very sore around my neck and my chest."

FIRST PUBLISHED 7:43AM, FEB 2 2017
The doctor said I've fractured my T8 verterbra and I've done something to my foot, it's swollen up. We'll see what they say