Talk of the Tracks HUNTINGDON 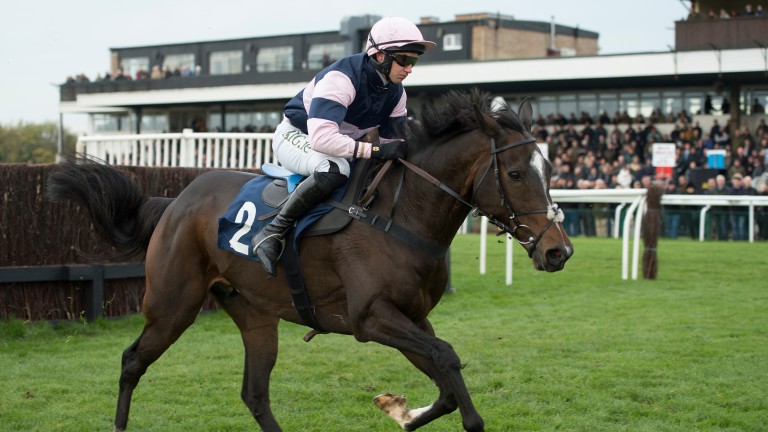 Trainers are able to bring horses back from long absences to win with increased regularity now, but it was still a fine effort from Tom George and connections of Max Ward to get the seven-year-old in the winner's enclosure after a mammoth 843-day absence.

Last seen in July 2014 when finishing runner-up in Market Rasen's Summer Hurdle for Charlie Brooks, Max Ward cruised up to challenge before two out and ran on well to defeat Querry Horse by four lengths in the 2m½f novice handicap chase.

George was keen to pay tribute to the efforts of owners Neil Griffith and Heather Haddock, and said: "He's been with me four or five months, but all the hard work was done by his owners getting him back after his injury.

"He's done it well, Adrian [Heskin] has done a lot of schooling with him and got him jumping neatly."

The kids are alright for Twiston-Davies

The strength and depth of young riders at the disposal of Nigel Twiston-Davies was evident, as Robinshill came with a late challenge to win the feature 2m handicap hurdle.

Tom Humphries was due to claim 10lb off the five-year-old, who had gone up 12lb for winning at Wetherby last time, but when he was unable to make the weight, Jamie Bargary stepped in for the ride.

Bargary claims only 3lb but it did not matter as Robinshill's strong finish ensured a length-and-a-half victory from Optimus Prime, who ran a fine race from the front on debut for Dan Skelton.

"Unfortunately for Tom he couldn't get the weight off in time," Bargary said. "Nigel wanted to take the 10lb off but luckily for me Robinshill didn't need it.

"We've always thought a lot of him and the penny is starting to drop. He's won going away and when he sees a fence he'll be even better."

Stuart Edmunds can afford to entertain the idea of pitching Apasionado into better company later in the season as the five-year-old completed a hat-trick in the 2m novice hurdle.

Since joining Edmunds, Apasionado is unbeaten – winning a bumper at Market Rasen before following up in a novice hurdle at Uttoxeter. Despite the penalty for the last win, Apasionado still had enough in reserve to win by two and a quarter lengths.

Edmunds, who mentioned Sandown's Grade 1 Tolworth Hurdle as a possible target, added: "We've always liked him from the day he set foot in the yard. He's a nice horse. We'll have to step up in grade and it's a nice problem to have."

There was a big surprise in the 1m5½f bumper as White Valiant kept finding in front to win at 80-1.

Trainer John Berry, who also owns and bred the winner, said: "I was confident he'd run well but you never know what you're running against.

"He panicked in the stalls at Kempton so was withdrawn and the plan was to run in a couple of bumpers then go back to the Flat."

Optimus Prime lost little in defeat on debut for Dan Skelton and should be going one better soon.