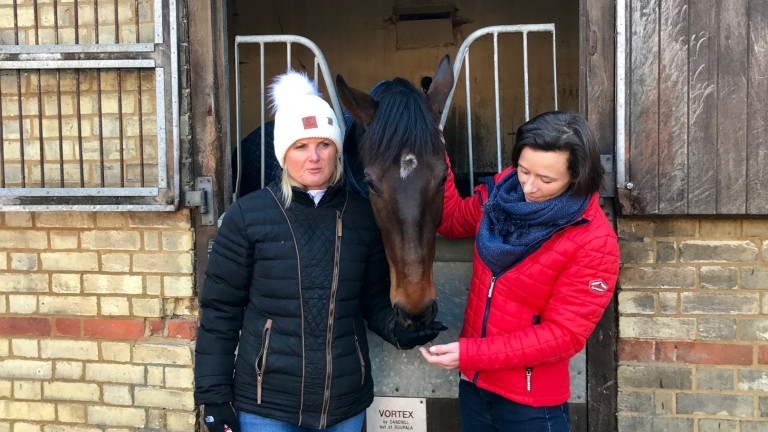 Fairytale of Newmarket: Gay Kelleway and Anne-Sophie Crombez with the four-year-old that is to spearhead their French team
1 of 1
By David Milnes 1:42PM, JAN 24 2019

Gay Kelleway is counting down the days until her Brexit-busting satellite yard in France is set up and ready to go, but the upcoming switch is already proving more of a logistical challenge for her owners club than it is the horses.

Among the ten horses set to make the move across the English Channel are at least two owned by Kelleway's syndicate Strictly Fun Racing, including their recent Lingfield winner Lady Alavesa.

Rather than a straightforward trip to Chelmsford or Lingfield, however, getting the Strictly Fun Racing members over the Channel to see them in action in the future could well be a challenge in itself come April.

Never one to shirk a challenge, the Exning-based trainer is hoping that Brexit will be all sorted by the spring, when she plans to ferry members over by minibus to see the horses run at either Chantilly or Deauville.

Last month, Kelleway announced plans to rent part of Myriam Bollack-Badel's yard near Chantilly with a view to her assistant and French national Annie-Sophie Crombez taking the reins in June.

Kelleway said: "We've pencilled in ten horses that we plan to take which are headed by Fairy Tale, who has done all his racing in France to date and has run very well.

"Two Strictly Fun Racing Club horses, Lady Alavesa and Purple Rock, are on the team and they look as if they should pick plenty of prize-money. Hopefully we should be able to get some of the owners out there by minibus to see them run, Brexit or no Brexit!" 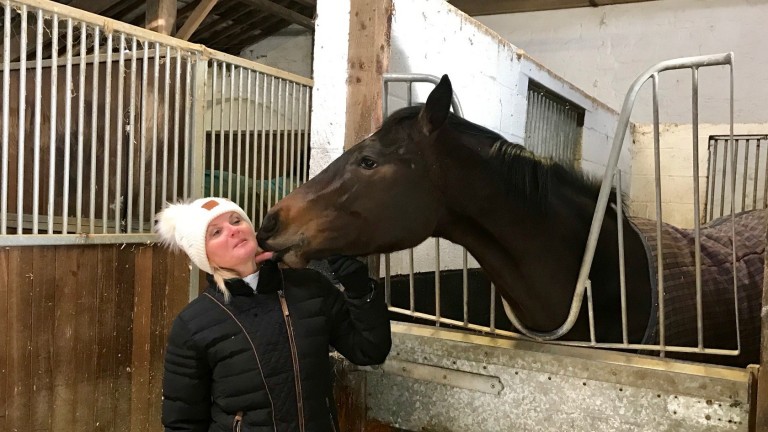 "The horses will then ship out on March 1. Initially, we plan to take ten most of whom are French-bred as the premiums over there are so good. Fairy Land has not actually raced in Britain yet – it's pointless as he's won in excess of £35,000 over there and has only won his maiden."

FIRST PUBLISHED 1:42PM, JAN 24 2019
Hopefully we should be able to get some of the owners out there by minibus to see them run, Brexit or no Brexit!