Sheehan unseated on run-in with victory at his mercy 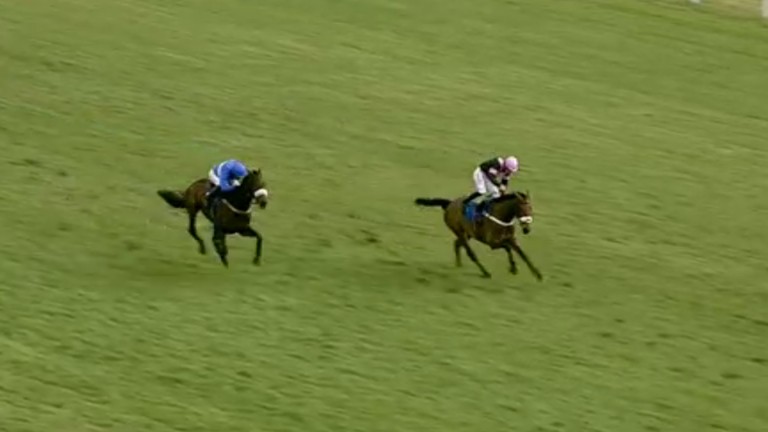 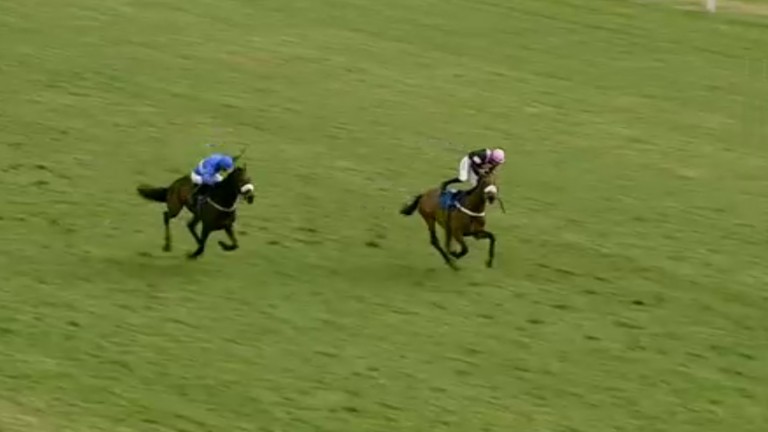 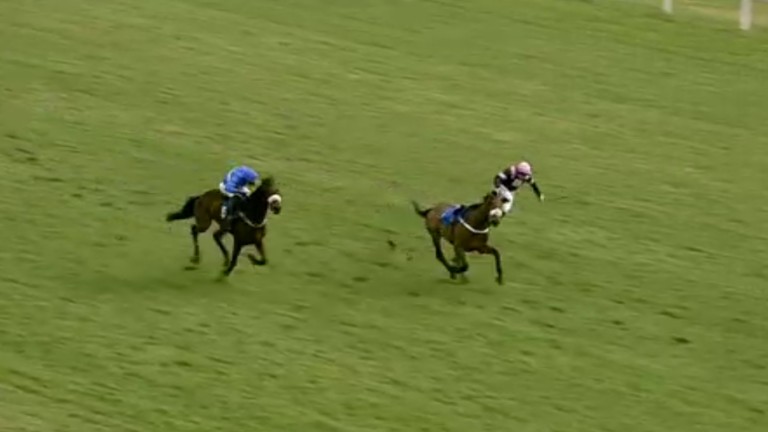 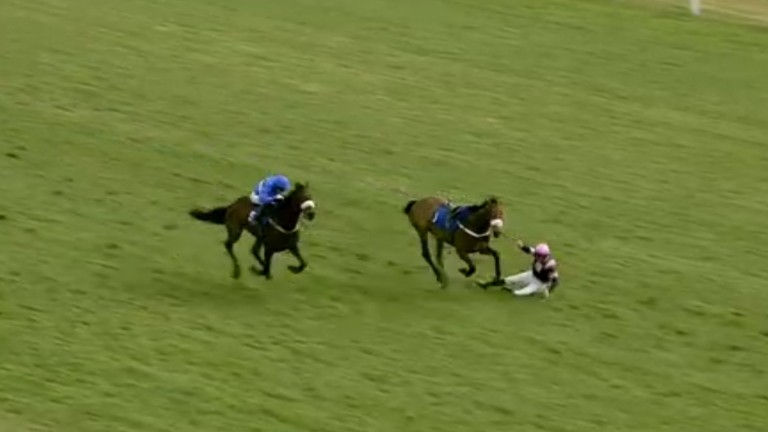 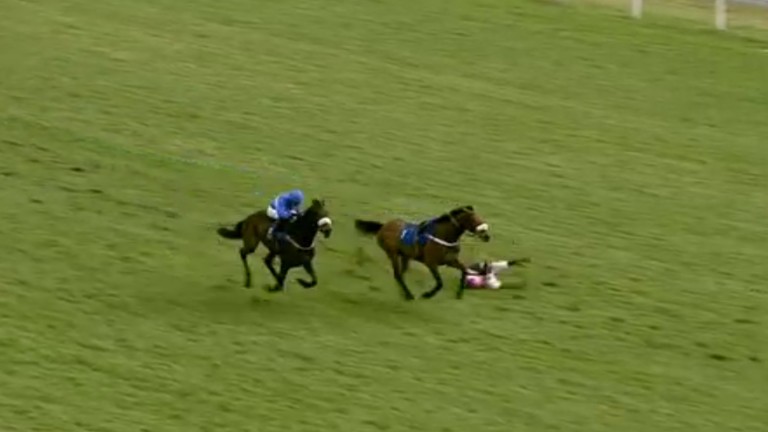 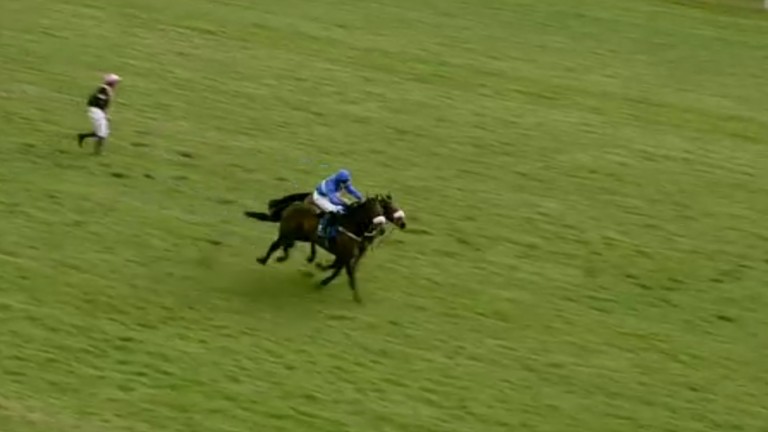 There was high drama in the first race at Ffos Las on Wednesday, with odds-on favourite Bob Mahler snatching defeat from the jaws of victory when unseating Gavin Sheehan with little more than 100 yards to the finish.

Sent off at 4-11 to make it fourth time lucky, the Warren Greatrex-trained Bob Mahler looked set to do just that as he started to get the better of Swift Crusader after both had safely cleared the final hurdle in the 2m4f contest.

However, despite forging ahead, Bob Mahler started to wander to his left. Sheehan tried to correct his detour but as he used his whip, Bob Mahler appeared to duck back in the opposite direction, leaving Sheehan unable to maintain the partnership as he crashed to the ground.

"He was just a bit green out in front," explained Sheehan. "I was going along alright with Sean [Bowen] upsides [on Strangsmill], then he left me so I had to grab a hold of him.

Talking to At The Races, Sheehan added: "He's ducked away from the whip, I thought I had the beating of the other horse but he was green in front so it was just a matter of trying to keep him going.

"He never did anything the last day really. It's not the nicest walk back in but that's racing - I'll have to get a bit of Superglue next time."

The mishap left Swift Crusader to run out a wide-margin winner at 3-1 for Evan Williams and Adam Wedge.

Williams said: "It was a very strange finish but obviously we're delighted - we were serving it up to the other horse whether he was staying in the race or not. It's nice to win but clearly unfortunate for connections of the horse that unshipped.

"It's not the way you want to win races but as long as nobody is hurt then we'll take it."

The drama for the day did not end there as Will Kennedy was all but unseated from Dear Sire in the 2m3½f maiden hurdle at Musselburgh when leading at the last.

However, despite having both legs over the same side of the saddle, Kennedy produced a remarkable recovery for a 4-1 victory.