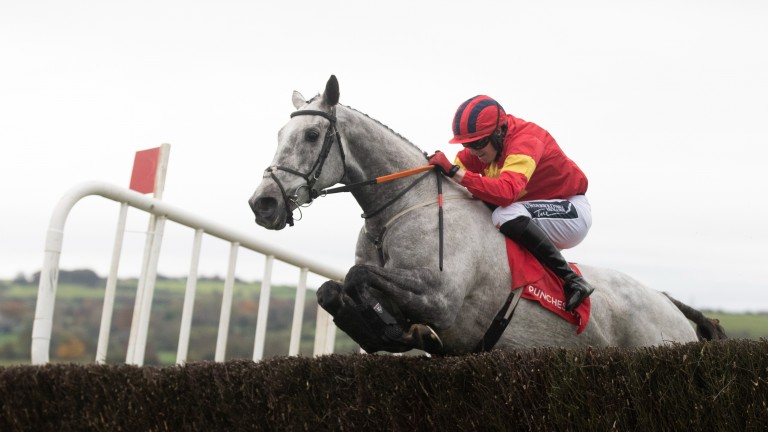 Vanillier: off the mark over fences at Punchestown on Sunday
Patrick McCann (racingpost.com/photos)
1 of 1
By Mark Boylan UPDATED 7:05PM, NOV 14 2021

Gavin Cromwell is eyeing a step up to the highest level for Albert Bartlett winner Vanillier this Christmas after the imposing grey opened his account over fences in the Grade 2 Liam & Valerie Brennan Florida Pearl Novice Chase.

It did not develop into the test initially expected for the 13-8 shot, partnered to victory by Keith Donoghue in the colours of Paul and Helen Keaveney.

A declared six-runner field was whittled down to four when leading National Hunt Chase fancy Run Wild Fred became a non-runner due to yielding ground, and Dewcup was withdrawn after running on Saturday. 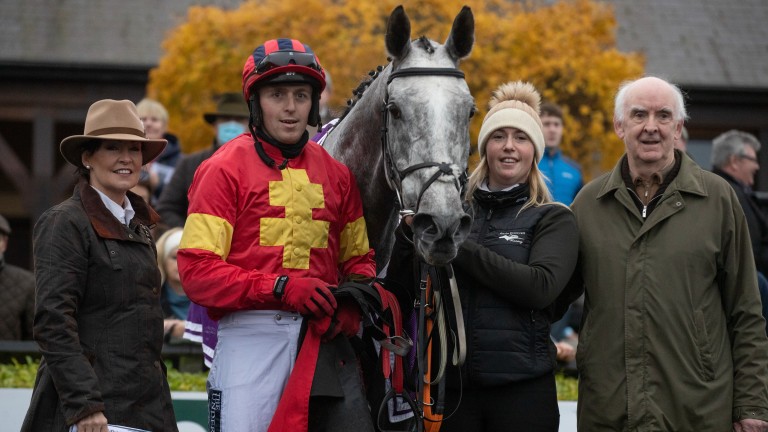 Gavin Cromwell on Vanillier: "He's a big, lazy type of horse who wants to get his toe in"
Patrick McCann (racingpost.com/photos)

Vanillier had already stamped his authority by the time Ballyshannon Rose came down at the last after running an admirable race, leaving two finishers.

"I would have liked it if something had joined him earlier in the race just to force a bit more pace into it, but he's a dour stayer," said Cromwell. "He's a big, lazy type of horse who wants to get his toe in."

BoyleSports cut the strong stayer to 8-1 (from 14) for the National Hunt Chase at Cheltenham and left him unchanged at 12-1 for the Brown Advisory Novices' Chase.

Pressed on his preferred Cheltenham target for Vanillier at this stage, Cromwell replied: "Maybe the shorter novice chase would be the preference."

Plenty have high hopes for unbeaten bumper winner Dysart Dynamo this season but his half-sister Dysart Diamond has kept the family's name in lights so far, adding the Listed Frontline Security Grabel Mares Hurdle to her haul for Willie Mullins.

Owned and bred by Eleanor Manning, the mount of Bryan Cooper kept on gamely to continue an excellent season, having already plundered a valuable handicap hurdle at the Listowel harvest festival. 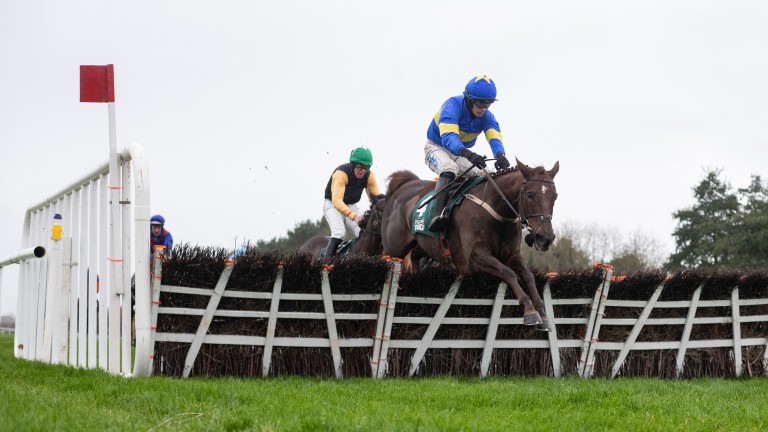 Enda Bolger is well established as a trainer of cross-country performers and he saddled the 1-2 in the opening Risk Of Thunder Chase over the banks. Shady Operator led home Midnight Maestro to provide the trainer with a remarkable 11th win in the race.

The finish to the €40,000 Ryans Cleaning Handicap Chase turned into a family affair as the game Fully Charged, trained by Henry de Bromhead, got the better of his brother Alfa Mix by a neck under a fine Hugh Morgan ride.

The Big Doyen bolts up

Peter Fahey looks to have unearthed a useful four-year-old in The Big Doyen, who could hardly have been more impressive when winning the bumper by 15 lengths.

FIRST PUBLISHED 6:00PM, NOV 14 2021
I would have liked it if something had joined him earlier in the race, just to force a bit more pace into it, but he's a dour stayer

Patrick Mullins: 'Riding Chacun in the Tingle Creek is what dreams are made of' 'Who knows how good she is' - Statuaire denies My Mate Mozzie in a thriller Resurgent Bryan Cooper in treble form as Dunvegan finally comes good 'He has plenty of gears, travels well and jumps exceptionally - he's exciting' What's on this week: Tingle Creek tops sensational weekend of big-race action Ladbrokes Trophy: trainers and jockeys on the big-race contenders at Newbury