News US RACING IN SHOCK 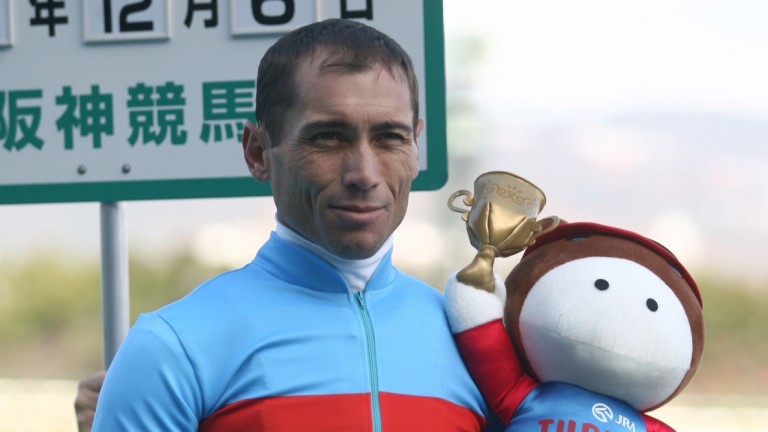 Garrett Gomez: with nearly 3,800 winners to his name, troubled rider was a dual champion in North America
Unknown
1 of 1
By Nicholas Godfrey 9:30AM, DEC 15 2016

The American racing community is in shock after former top jockey Garrett Gomez – the only rider ever to beat Zenyatta - was found dead on Wednesday at a casino hotel near Tucson, Arizona. He was 44.

Gomez had announced retirement only in June 2015, albeit after a long absence from the sport. He was a dual Eclipse Award-winning jockey who rode 3,769 winners, among them 83 Grade 1s and 13 Breeders' Cup successes – most notably the victory of Blame, who thwarted Zenyatta in the Classic at Churchill Downs in 2010.

But a brilliant career was also interrupted by substance and alcohol-abuse problems, as detailed in the book he co-authored under the title The Garrett Gomez Story: A Jockey's Journey Through Addiction and Salvation.

According to a family friend Jeanette Hughes, he was found dead on Wednesday morning. "I've known Garrett since we were kids. I hope he's at peace," Hughes said, speaking to the Daily Racing Form. "Poor kid."

Although he officially retired in 2015, Gomez had not ridden since two years earlier. He started out race-riding in 1988. "He was a great person, that’s all I have to say," said his former agent Tony Matos, speaking to the Blood-Horse. "I'm just so sad. He was such a good person."

After missing the whole of 2003 and even spending time in jail, Gomez was able to keep his demons in check for several years while based in southern California. He won the Eclipse Award as North America's champion jockey in 2007 and 2008, also led the US in prize-money for a four-year spell from 2006 to 2009.

Among the best horses he rode were top fillies Rags To Riches, aboard whom he won the Kentucky Oaks in 2007, and Beholder, whom he partnered to win the Breeders’ Cup Juvenile Fillies in 2012.

He rode a string of Grade 1 winners for both Todd Pletcher and Bob Baffert, the nation’s two leading stables; the rider known as 'Go-Go Gomez' was also Godolphin's go-to US rider for a spell.

In the summer of 2013, Gomez sought treatment for alcoholism and missed a significant proportion of that year's Hollywood Park meeting to address issues he said were related to his marriage. His final ride came at Keeneland in October 2013.

According to the Daily Racing Form, since splitting from second wife Pam he had been primarily living in a trailer near Tucson but had checked into the casino hotel, the Desert Diamond.