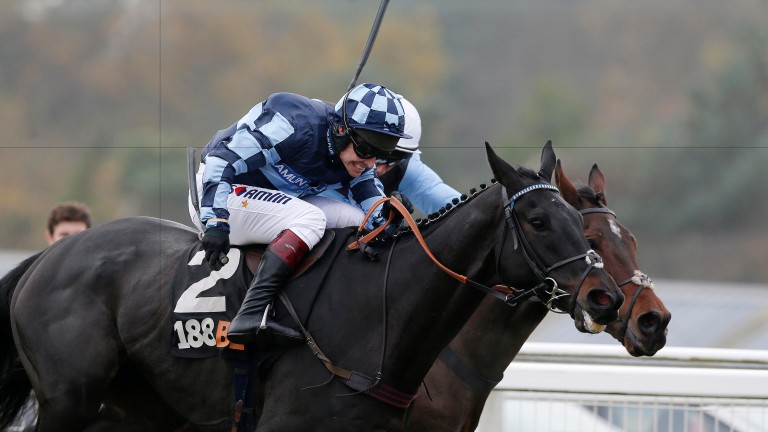 Last time out he was third of five to Yanworth, one of the leading contenders for Stan James Champion Hurdle glory, at Ascot in November. He had previously been touched off over fences by Sir Valentino in Exeter’s Haldon Gold Cup.

He carries top weight but looks to have a class edge over his six opponents, who include 2014 Grand Annual Chase winner Savello and the victor in this race 12 months ago, Bold Henry.

Nicholls does well in this race

Champion trainer Paul Nicholls has won this race three times in recent years, with Master Minded (2008), Hold Fast (2012) and Mr Mole (2015). He is represented by Ulck Du Lin, who showed his liking for Sandown when a nose runner-up to Arthur’s Oak last February.

The Evan Williams-trained bottomweight De Faoithesdream was running a mighty race in the lead when stumbling and falling after three out in the race won by Eastlake at Cheltenham last month. He may have just turned 11 but looks to have plenty more to offer based on that performance.

Philip Hobbs, trainer of Garde La Victoire and Bold Henry
Garde La Victoire is between two stools off his rating. We were going to run him in a conditions race, but there aren’t any just now. Ideally he’d like better ground, but he does handle soft and has won at Sandown before. Bold Henry has also won at the track.

Dan Skelton, trainer of Savello
We’re struggling for a bit of form with him. He hasn’t won a handicap since the Grand Annual at Cheltenham in 2014. The track will suit and I’m hoping we see a bit more this time.

Venetia Williams, trainer of Bright New Dawn
It’s his first run for us. We’ll know a bit more about him afterwards.

Tom Symonds, trainer of Hollywoodien
He won well at Wetherby and went up 8lb for that effort. He'll enjoy the track at Sandown but it’s a competitive race. I’m hopeful more than confident.

Harry Derham, assistant to Paul Nicholls, trainer of Ulck Du Lin
He's high enough in the handicap but has run well at Sandown before. Jack [Sherwood] hasn’t ridden him before and we're just hoping he can get on with him – just as he has with a few other difficult horses.

FIRST PUBLISHED 6:00PM, JAN 6 2017
Ideally he'd like better ground but he does handle soft and has won at Sandown before