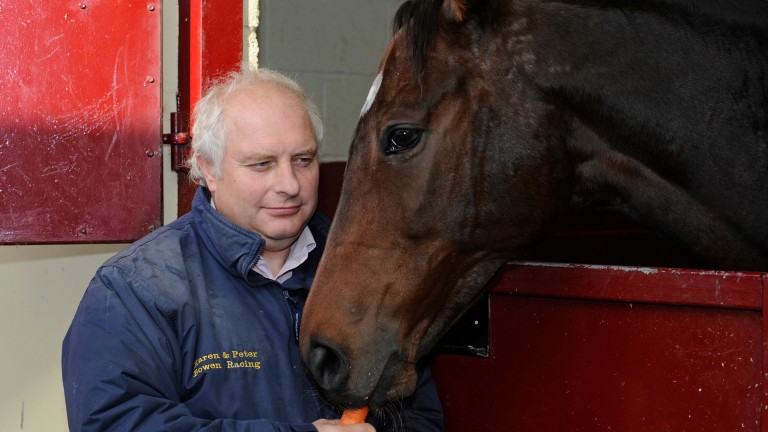 Peter Bowen: scooped the Norfolk National at Fakenham after making the long journey
1 of 1
By Matt Rennie UPDATED 7:46PM, MAY 4 2021

The arduous cross-country trip to Fakenham from Pembrokeshire for Peter Bowen is challenging at the best of times, but the seven-and-a-half-hour journey for the trainer was made more than worthwhile when Game Line landed the feature Norfolk National.

Bowen, who trains just outside Haverfordwest on the west coast of Wales, regularly makes the 602-mile round trip and landed more riches at the North Norfolk track when scooping the £10,982 first prize with the seven-year-old, who ran out an impressive seven-and-a-half-length winner under the trainer's son James.

"Where else could we run a 110-rated horse and get winnings like that? Fair play to them," Bowen said. "It was a great ride by James, but we won't say that to him!

"It's our longest journey from one end of the country to another, but the prize-money attracts us here. The short leg was getting here, so victory is definitely a bit of compensation for the journey back."

Bowen could target big summer prizes with Game Line, who has not finished out of the first three since joining the yard.

He added: "The further he goes the better he is and he seems to go on any ground. We'll enter him for the Summer Cup at Uttoxeter."

The five-year-old battled to victory to take the trainer's and jockey's strike-rates at Fakenham to 30 per cent and 24 per cent respectively. 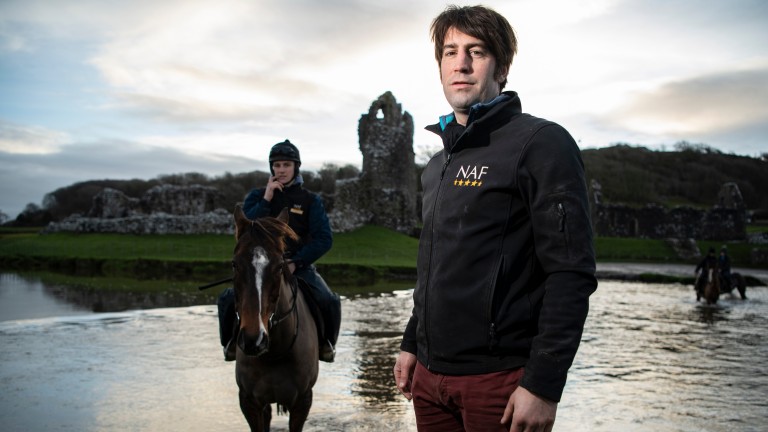 Jack Tudor and Christian Williams: have a fantastic record at Fakenham
Edward Whitaker

Williams saddled the one-two and scooped £4,773 prize-money in the process.

"We're always happy to come all this way and support them," Tudor said. "We usually prefer to run our horses on far more galloping tracks, but they have to adapt."

He added: "She made a bad mistake at the 11th and I was always having to make up a couple of lengths, but she jumped very well apart from that and won nicely in the end."

Fuller said: "I really like this horse. It's gone a bit pear-shaped with him especially the last two times, but he really jumped for fun and has done what we thought he was capable of."

The success gave trainer Jamie Snowden his second winner from his first three runners of the new season.

Conditional jockey Jason Dixon is hoping for a bright future after riding his first winner of the season aboard Top Beak in the 2m4f novice handicap hurdle.

He said: "I snapped all the ligaments in my knee in November 2019 and I was out for 11 months. You can be forgotten about easily in this game and it was very tough, but I'm hoping to make a real go of it this year."