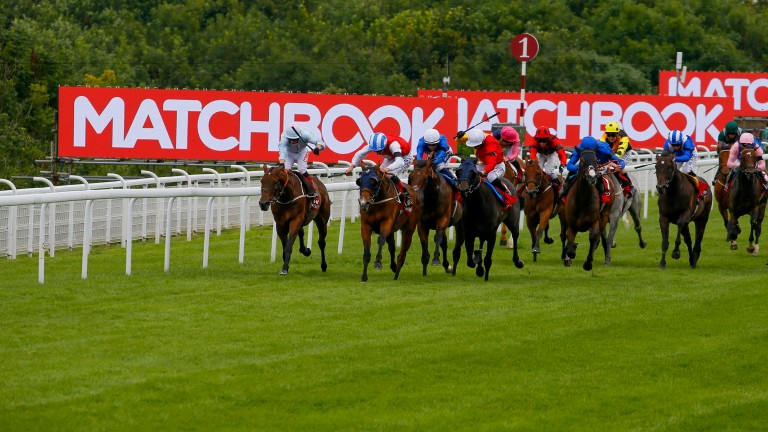 A two-year review was conducted of betting exchange Matchbook prior to the firm's licence being suspended on Monday by the Gambling Commission, it emerged on Tuesday.

Details on why Matchbook had their licence suddenly suspended are scarce, but the Gambling Commission and Matchbook's owners, Triplebet, on Tuesday released statements concerning the matter.

In their statement, Triplebet acknowledged acceptance of the findings of the review. In addition, they revealed a third-party compliance specialist had been employed in 2019 to help them raise standards.

A spokesperson for Triplebet said: "The company takes its responsibility as a betting and gaming operator very seriously and accepts the UKGC panel’s findings following a two-year review.

"Triplebet believes that compliance goes to the heart of offering a betting exchange product, and through the introduction of new policies and the establishment of a Compliance Committee, Triplebet has shown that it is committed to achieving any standard of compliance required of it.

"Last year Triplebet engaged a third-party compliance specialist in order to elevate its standard of compliance beyond what is required by the UKGC. Over the coming weeks these recommendations will be completed in full, and an independent audit will be carried out with a view to the licence being reinstated.”

Matchbook contacted customers on Monday to say they would be closed for all betting and casino activity from Tuesday but promised they would be "back soon". Customers were also told they would be able to withdraw funds and that open positions would be settled.

Read about the history of Matchbook

"The Commission has determined to suspend the above operating licence insofar as it pertains to the operator’s ability to offer remote facilities for pool betting, betting intermediary and to operate a remote casino."

A spokesperson for the Gambling Commission added: "As part of a licence review, the commission has taken the decision to suspend the licence of Triplebet with immediate effect. Further information will be available in due course.”

Matchbook have been in operation since 2004 but were acquired in 2011 by a group of investors with backgrounds in British sports betting and banking.

Racing has increasingly become a focus for Matchbook, who were among the firms to sign up to the Authorised Betting Partner scheme in 2016.

They have sponsored a number of races in Britain and Ireland, including at Cheltenham, Goodwood and Ascot, where the Grade 1 Matchbook Clarence House Chase is the group’s headline contest.

FIRST PUBLISHED 7:48PM, FEB 17 2020
The company takes its responsibility as a betting and gaming operator very seriously, and accepts the panel’s findings following a two-year review