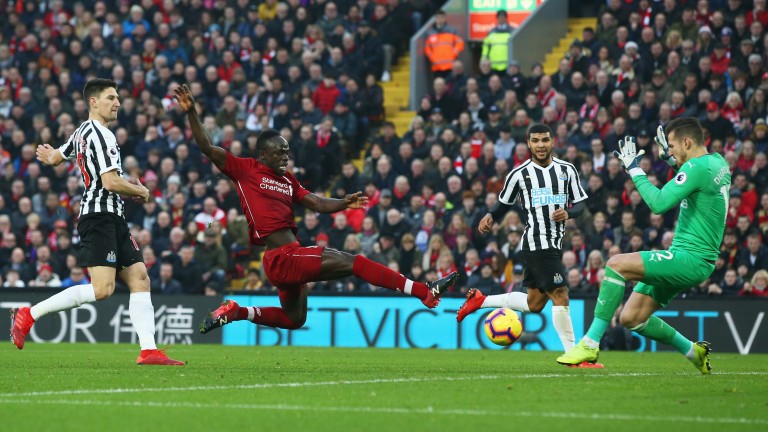 Gambling ads will not be shown during live sport pre-watershed
Jan Kruger/Getty Images
1 of 1
By Bill Barber 12:37PM, JUL 31 2019

The gambling sector's self-imposed 'whistle-to-whistle' advertising ban during televised sport comes into force on Thursday, with industry representatives saying they will be reviewing other forms of marketing.

The Industry Group for Responsible Gambling, a collective body for the five key gambling trade associations in the UK, last year announced changes to its advertising code following criticism of the levels of gambling ads during the 2018 football World Cup in Russia.

As a result, all TV betting adverts will be banned during pre-watershed live sport, starting five minutes before the event begins and ending five minutes after it finishes.

Additional measures include an end to betting adverts around highlight shows and re-runs, as well as a ban on pre-watershed bookmaker sponsorship of sports programmes.

However, the code does make an exception for adverts during horseracing and greyhound racing programmes.

Remote Gambling Association chief executive Wes Himes said: "The intent is the diminution of pre-watershed televised advertising around sport with the exception of horseracing and greyhounds.

"We acknowledged the concerns that were raised in various quarters, particularly after the World Cup, and the industry took a proactive, unprompted approach to addressing the issue with the fifth edition of the IGRG code and the whistle-to-whistle ban."

While the industry's announcement was welcomed by politicians and other stakeholders, there have been calls for restrictions on betting advertising around sports to be extended to shirt sponsorship and hoardings at grounds.

Himes said the industry would be conducting a study to evaluate the whistle-to-whistle ban.

He added: "That doesn't prevent us from looking at other areas of advertising such as sponsorship, online advertising and so on, as part of our overall approach to responsible and safer gambling and the role that advertising and marketing plays in that debate.

"It's always under live review and we will look to do more, particularly around digital advertising to close the various anomalies on social media platforms, for instance to ensure that advertising is not going to under-18s or vulnerable people.

Himes was also at pains to point out the changes were aimed at the specific issue of advertising around live sport before the watershed.

"It was not a finite limit on advertising across the board and operators choose the advertising mix that's appropriate for them," he added.

The debate around gambling advertising and sport reignited in recent weeks with Paddy Power's 'Save Our Shirts' campaign, in which they have sponsored a number of football clubs without having their name on the teams' shirts.