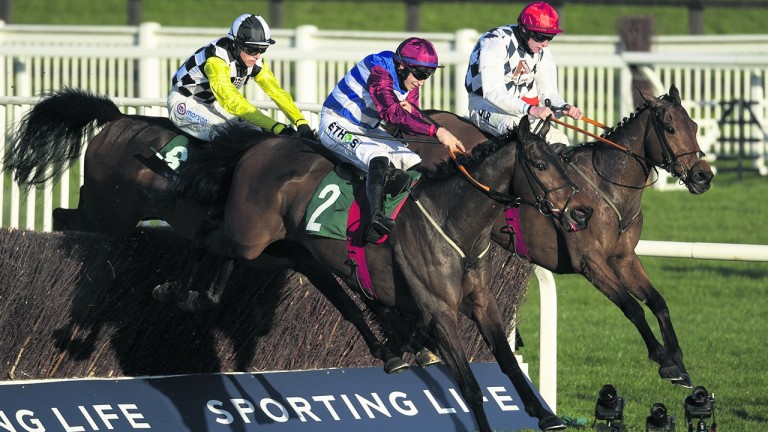 First impressions are important and Galvin made the perfect start for Ian Ferguson with a battling success in the National Hunt Chase.

The seven-year-old made a winning debut for the yard after being moved from Gordon Elliott this month but it was not a completely new beginning as he was bought and pre-trained by Ferguson.

Galvin spent most of the winter at the head of the betting and this had been the plan since his easy seven-length success in a novice chase at Cheltenham in October, but it was not made easy for him and he fought off spirited challenges from Next Destination and Escaria Ten.

"I couldn't have asked for more," said winning jockey Jack Kennedy, who ended the day as the leading rider, having also won aboard Black Tears. "He jumped well and it was fairly straightforward for me. This was the plan for a long time so it's great it's paid off and I'm delighted for Ian."

The National Hunt Chase, run in memory of former Cheltenham chairman Sam Vestey, is ordinarily restricted to amateur riders but they were unable to compete this year due to the UK's guidance on elite sport.

"It's a shame amateurs were unable to ride but I'd have one less festival winner if they could, so I'll take it," joked Kennedy. "I think he could be a National horse. He stays well and has a bit of class." 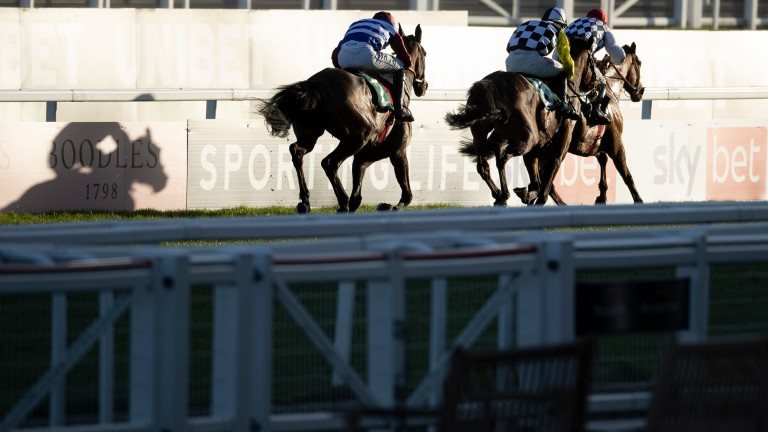 Owned by Ronnie Bartlett, Galvin was runner-up in the Northern Trust Novices' Handicap Chase last season and it looked as though he would once again have to settle for second as Next Destination rallied late and finished strongly for Harry Cobden and Paul Nicholls.

"That was a cracking run," said Nicholls. "Harry said he jumped brilliantly and believes there's a big race in him. That was only his third run over fences and the ground dried out enough for him too.

"He's a lovely horse for next season and could perhaps go for the Ladbrokes Trophy. He could be a future Grand National horse too.

"It's a credit to him that he's come back this season after two and a half years off and run four super races. He stays and jumps well, and I'm thrilled to bits with his performance, but I hate being beaten."