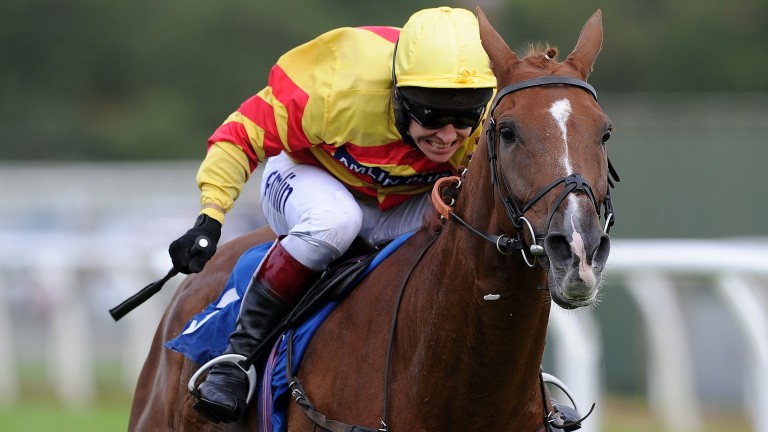 The new jumps season starts at Kempton and Warwick and with both courses providing decent ground despite the prolonged dry spell most of the top stables are back in action.

Neither Nicky Henderson nor Paul Nicholls is represented, but this 0-140 has attracted a decent field of mid-grade handicappers who pay their way at this level.

Recent course-and-distance winner Gallery Exhibition tops the weights but trainer Kim Bailey believes the handicapper has been harsh on him as he was arguably a lucky winner and is fully exposed.

Charlie Longsdon, who saddled last year's winner Bob Tucker, hopes Long Lunch enjoys better luck than at Aintree last time, where he in effect lost his chance when virtually brought down at the first.

This will be Cloudy Bob's sixth successive appearance at Kempton and 14th in all. So far he has won two and been placed in another eight.

Three of the four previous winners of this race have carried 11st 7lb or more.

Kim Bailey, trainer of Gallery Exhibition
He went back up 8lb for winning a race he wouldn't have won if Alan King's [Sego Success] hadn't fallen, so he's now back on a mark I think is beyond him. He likes these sharper tracks and will like the ground, but he's an old horse now and he's not going to improve.

Philip Hobbs, trainer of Al Alfa
Richard [Johnson, jockey] thought at Newton Abbot last time that he probably needed a bit further now and this is an easy three miles. I hope he'll get it well now he's older, but there have been doubts in the past.

Charlie Longsdon, trainer of Long Lunch
He was nearly brought down at the first in the Topham last time and this is a drop in class. He likes the better ground and was in good form at this time last year. Graham Watters [jockey] gets on really well with him and he'll have a chance in a race in which nothing appears to stand out.

Tom George, trainer of Roc D'Apsis
Rain wouldn't go amiss to slow the ground down, but he's won at Kempton and the trip is fine for him.

Pat Murphy, trainer of Cloudy Bob
The handicapper nailed him when he put him up 12lb for those two good runs and I don't know if he can win a 0-140 at ten off a mark of 123. But he loves the spring, he loves Kempton, and he loves good ground, so he's certain to give a good account of himself.

FIRST PUBLISHED 6:00PM, APR 30 2017
He likes these sharper tracks and he'll like the ground, but he's an old horse now. He's not going to improve