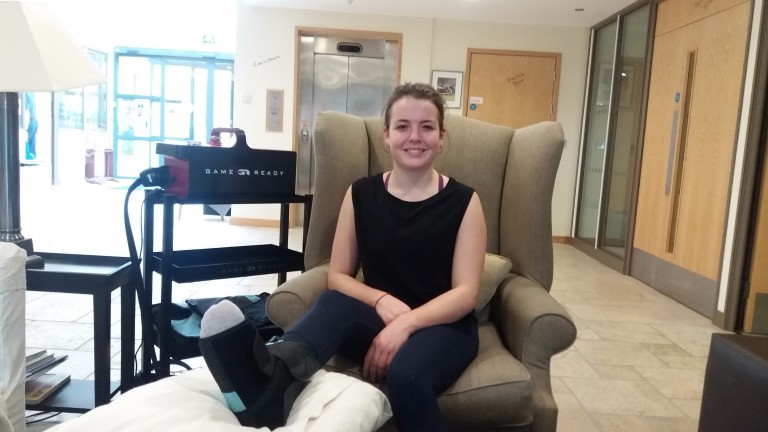 Page Fuller is excited about returning to racing at Exeter today and is hoping to end a frustrating enforced absence with a fruitful Christmas period.

The 21-year-old, who has partnered eight winners under rules, has been out of action since breaking her ankle when unseated in an amateur riders' handicap hurdle at Stratford on August 18.

Fuller, who needed the broken bone to be pinned as part of her recovery, rode at Larkhill point-to-point last Sunday to prove her fitness and will partner Lunar Flow in the final race of the day for her boss Jamie Snowden.

"It's been a long four months and it's been hard, so it feels great to be coming to the end of it," said Fuller. "To get back in time for Christmas is great too, because I can hopefully hit the ground running and start the new year with a bit of momentum."

Fuller dispensed with her crutches less than a month ago and paid tribute to Oaksey House, where she began rehab six weeks after her operation and will continue strength and conditioning work in the coming weeks.

"Oaksey House have done such a good job helping me get back," she said. "It's only been less than a month since I got off crutches, so to be back riding now is really exciting."