Fry: festival hope Harry will need to be at the top of his game 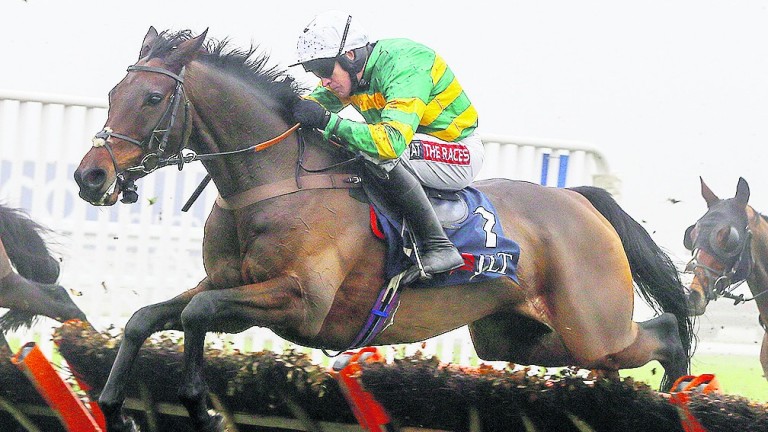 Harry Fry thinks his Sun Bets Stayers’ Hurdle favourite Unowhatimeanharry will have to be at the peak of his powers to take his winning streak to eight at Cheltenham on Saturday.

The nine-year-old faces his final public examination in the Galliardhomes.com Cleeve Hurdle before heading to the festival in March for the Grade 1, for which he is a best-priced 11-4 chance.

Unowhatimeanharry is unbeaten since joining Fry, completing his meteoric rise from 123-rated handicapper in November 2015 to Grade 1 winner in the Albert Bartlett Novices’ Hurdle at last year’s festival.

Purchased over the summer to run in the famous green-and-gold colours of leading owner JP McManus, Fry's stable star is a top-priced even-money to win again, and the trainer said: "It’s been an incredible climb through the ranks for the horse.

“I'm very happy with him ahead of Saturday’s race, but I suppose it will be a bit different as the expectations have not been there in the past. But they will be this weekend and he'll certainly have to be at the top of his game to win again.

“He'll be conceding weight all round but he's a Grade 1 winner and has earned his mark – that’s where he is at present, there’s no point in complaining about it. It’s been a thoroughly enjoyable journey with the horse and I'm hoping it will be the same after Saturday.”

Cheltenham’s bumper nine-race card has the added attraction of the Grade 1 Clarence House Chase, which has been rerouted from Ascot’s abandoned card last weekend, although the race will be missing two high-profile horses in the Gary Moore-trained pair Ar Mad and Sire De Grugy.

Moore said yesterday: “They have not been entered as I prefer to wait for other races for them, as there is a world of difference between Ascot and Cheltenham.

"There is a £150,000 chase at Ascot next month that Ar Mad will probably go for. Even if he had run at Ascot last weekend the February race was the plan in any case.

“Sire De Grugy will end up going to Newbury for the Game Spirit Chase on February 11th or we have the option of running him in a two-mile handicap chase at Sandown next weekend. I have no preference at the moment and we'll make up our minds closer to the time.” 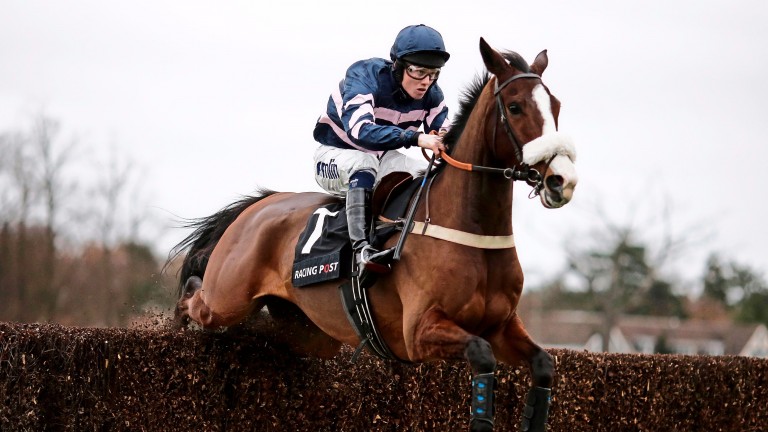 Ar Mad: misses the Clarence House Chase, probably for a valuable race at Ascot. Stablemate Sir De Grugy also misses Saturday's contest
Alan Crowhurst
Uxizandre, sidelined since winning the Ryanair Chase two years ago, was a fascinating addition to the race, however, in which Un De Sceaux is the odds-on favourite among the seven possibles who also include Dodging Bullets, Eastlake, Royal Regatta, Special Tiara and Top Gamble.

Willie Mullins has issued an upbeat bulletin on Un De Sceaux and says the Tingle Creek winner is none the worse for last weekend's travel exertions.

"Un De Sceaux is great and I couldn't be any happier with him. The travelling did not seem to take anything out of him and I'm pleased with what I've seen from him at home. I'm looking forward to the race," Mullins said.

On the prospect of Vroum Vroum Mag running in the Grade 2 olbg.com Doncaster Mares' Hurdle on Saturday, Mullins has still not decided whether to take in that engagement or instead stick closer to home and tackle the Grade 2 John Mulhern Galmoy Hurdle at Gowran Park on Thursday.

Mullins said: "I've not made up my mind about where Vroum Vroum Mag will go yet.

"She has the option of Doncaster or Gowran and I'll have to have a proper look at both races and see what will suit best. She seems in very good form at home. I've been happy with her since Christmas."

FIRST PUBLISHED 7:42PM, JAN 24 2017
I'm very happy with him ahead of Saturday's race and it's been an incredible climb through the ranks for the horse