Frustrated Gannon has return put back until April 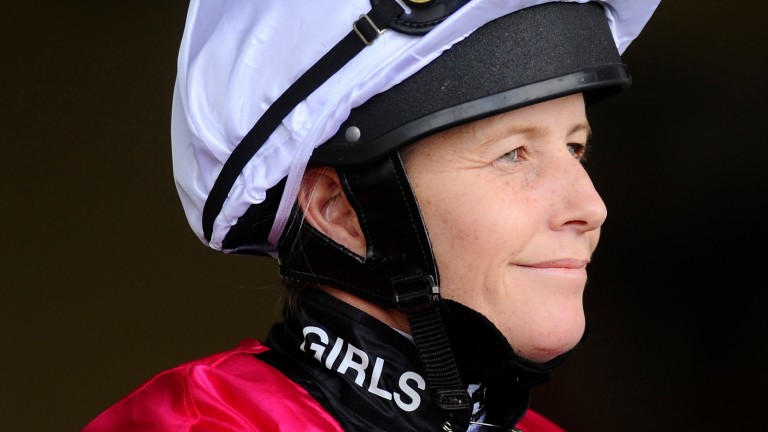 Jockey Cathy Gannon has been frustrated in her ambition to return to the saddle this month with the foot she injured last year still not sufficiently healed.

Gannon, 35, has been out of action since breaking all five toes in her left foot when the Brendan Powell-trained Spring Overture played up in the stalls before a race in May.

The rider had initially hoped to be back in time to ride at the Shergar Cup in August but had her return put back until the new year at the earliest after visiting a specialist. However, a further visit to the specialist this week revealed she needed more time to recover from the injury with April now the likely date for a return.

She said on Thursday: “It’s not healing so I have to go back in April to see the specialist. Hopefully I can push that forward to March though.

“The specialist was explaining it’s a Lisfranc injury, which means half of my foot isn’t joining properly to the other and is still causing me some pain. It’s really annoying and frustrating but there’s nothing I can do about it.”

Gannon rode 15 winners before her injury last year. Her best season came in 2011 when she rode 71 winners and landed more than £380,000 in prize-money.