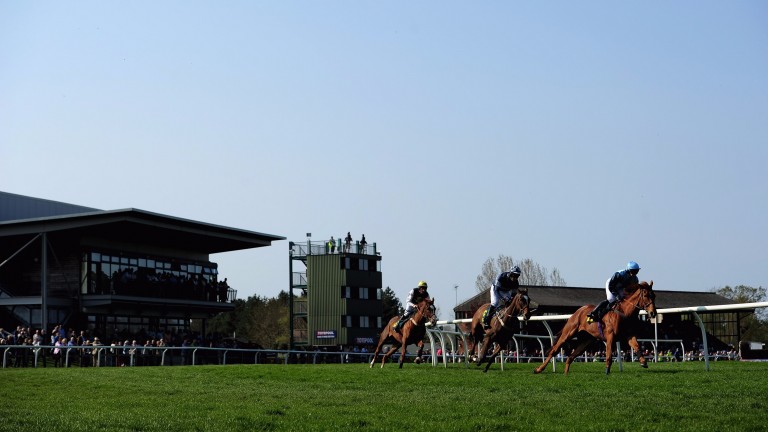 Fakenham's card on Thursday looks unlikely to beat the hard frosts that have hit the south of Britain, with clerk of the course David Hunter calling an inspection on Wednesday to assess the situation.

The track was frozen in places on Tuesday, and Hunter said: "We got down to -5.4C on Monday night and there is still some frost in the ground. We wouldn't have been racing today. We've had four nights of between -4C and -8C so we're going to be up against it."

Frost is also forecast at Doncaster, which stages a two-day meeting on Friday and Saturday, but covers will be deployed on the whole track on Wednesday.

Clerk of the course Roderick Duncan said: "We'll see what temperatures we will get. Around -2C is forecast but with no real thaw on Thursday. Temperatures are then forecast to rise on Friday, with the potential of rain in the early hours of Saturday morning."

His Uttoxeter counterpart Charlie Moore is also hopeful of beating the weather, though there could be a frost every night leading up to the track's fixture on Saturday.

"We had a frost overnight and were -3C until 9am this morning," Moore said on Tuesday. "Potentially we've got frosts every night including Friday if taking the most pessimistic forecast. But with the grass cover we've got and the protection we've got down and the forecast of a bit more warmth come Saturday we should be all right."

Tuesday's fixtures at Leicester and Wetherby had to pass multiple inspections before getting the green light, but such problems are not envisaged at the two turf meetings in Britain on Wednesday at Catterick and Ludlow.

WEDNESDAY
Catterick Good to soft, good in places. Clerk of the course Fiona Needham: "We don't foresee any problems."

Ludlow Soft, good to soft in places (hurdles), good to soft (chase).
Clerk of the course Simon Sherwood: "I don't envisage there being any problems."

Doncaster Good, good to soft in places. Frost covers to be deployed on whole track Wednesday.