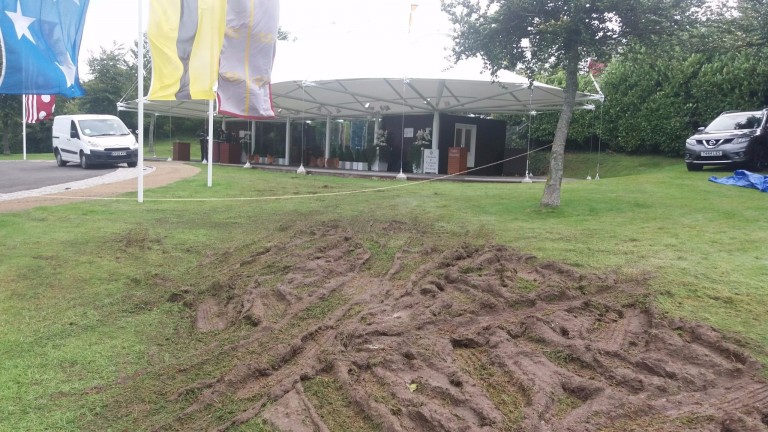 Except for the bookmakers laughing at all the big-priced winners earlier in the week, it has not, so far, been a vintage Glorious Goodwood. Even Big Orange got beaten.

Yet on Friday the most annoying non-runner of the week, apart from Churchill, may be about to show its face again. Some flirty bits of sunshine are forecast. And at last, no rain.

It’s a good job. The Goodwood Cup, Sussex and Nassau have been and gone but on Friday the Qatar King George Stakes and Betfred Mile toss up arguably more intriguing puzzles for punters.

Since smashing the five-furlong track record on Eclipse day at Sandown last month the King George chatter has been all about Battaash. It was a stunning performance by the Charlie Hills-trained three-year-old as he blitzed from the front and stayed there.

But that came on a good to firm surface and the rain has harvested doubts.

Such doubts do not apply to main market rival Profitable. Second to Lady Aurelia in the King’s Stand at Royal Ascot, Profitable went one better the year before when winning. It was the best performance of his career and, crucially, came on soft ground, which he will encounter again.

Coming from the yard of Clive Cox, whose exploits with sprinters hit new heights when Harry Angel won the July Cup, is hardly a negative either.

That was 2014. Take Cover won. And last year he won again, to become the race’s oldest post-war victor. In between, only a head separated the David Griffiths-trained sprinter from winner Muthmir.

He is back for more, fresh from a warm-up win in York’s Listed City Walls Stakes. The softer ground might not suit but he remains dangerous to dismiss, like Washington DC, whom he beat by a neck last year but will not be so bothered about the showers.

Washington DC has to improve from his King’s Stand flop, unlike Prix de l’Abbaye winner Marsha, a creditable third and whose participation will be decided by Sir Mark Prescott when he assesses conditions on Friday.

Luck of the draw

With 100-1 and 50-1 winners to deal with, punting at Goodwood has been more awkward than ever. In such circumstances it can pay to keep it simple and an opportunity may present itself in the Betfred Mile.

After a series of losers a seemingly baffling big-field handicap can be enough to curdle the stomach. But backing the horse drawn in stall one in this £150,000 contest has proved a lucrative business, yielding four of the last ten winners, including the heavily backed Franklin D 12 months ago.

The in-form GM Hopkins, eighth in the race two years ago, fills that berth on Friday. The fact he is trained by John Gosden and the mount of Andrea Atzeni, who had a four-timer on Tuesday, only makes his case more alluring.

But rain makes fools of us – ask anyone who left their coat and brolly at home on Sussex Stakes day – and the softened ground may eliminate that draw advantage.

Zhui Feng and Blair House, first and second in the Royal Hunt Cup, in which GM Hopkins finished seventh, reoppose and have single-figure draws.

Ryan Moore, who won on Franklin D, gets a first ride on Master The World, eighth in the Hunt Cup but, perhaps more pertinently, second by a neck in last year’s Betfred Mile.

The opening Betfred Glorious Stakes is full of quality too, with Coronation Cup second Frontiersman and Poet’s Word, an eye-catching runner-up to Deauville at Chester’s May meeting and a winner on this card last year, set to take each other on.

Five minutes before the last at Goodwood the action kicks off on day five of the Galway festival, where the highlight is the £100,000 Guinness Handicap, in which Whiskey Sour bids to win for the second time this week at Ballybrit.

It promises to be another breathless day.

Read exclusive previews every day from 6pm on racingpost.com

FIRST PUBLISHED 6:00PM, AUG 3 2017
Coming from the yard of Clive Cox, whose exploits with sprinters hit new heights when Harry Angel won the July Cup, is hardly a negative