From Gold Cup to Magnolia Cup for delighted Dido 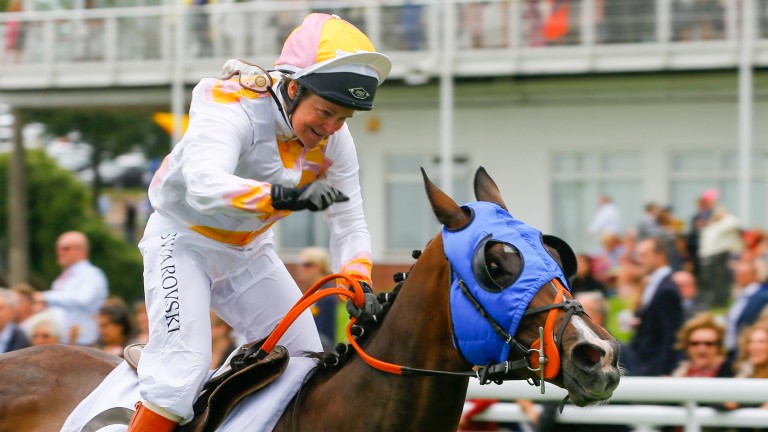 Dido Harding celebrates aboard Duck And Dumplings after winning the Magnolia Cup
Mark Cranham
1 of 1
By Mark Storey 4:33PM, AUG 3 2017

Winning the Cheltenham Gold Cup was special, but winning the Magnolia Cup was even better.

Ask Dido Harding, who completed the double at Goodwood on Thursday. The first leg as the owner of Cool Dawn, the second as the rider of Duck And Dumplings.

“It was a fairytale to win the Gold Cup and I wouldn’t give that up,” said Harding, who secured jumping’s greatest prize 19 years ago. “But if I had only one day left it would be to race-ride.

“There is nothing like the adrenaline of riding them yourself, and that was brilliant. I’ll be living off this for quite a while.”

Harding, who was chief executive of phone group Talk Talk until May, has ridden in all but one of the seven editions of the charity race, which is limited to unlicensed female riders and contested over five and a half furlongs of the Goodwood straight.

Duck And Dumplings, named formerly as Boots And Spurs, passed leader Pearl Noir with a furlong left to win comfortably.

Former Great Britain modern pentathlete Aly Vance, now a presenter on At The Races and CNN, was second on The Winning Lines. 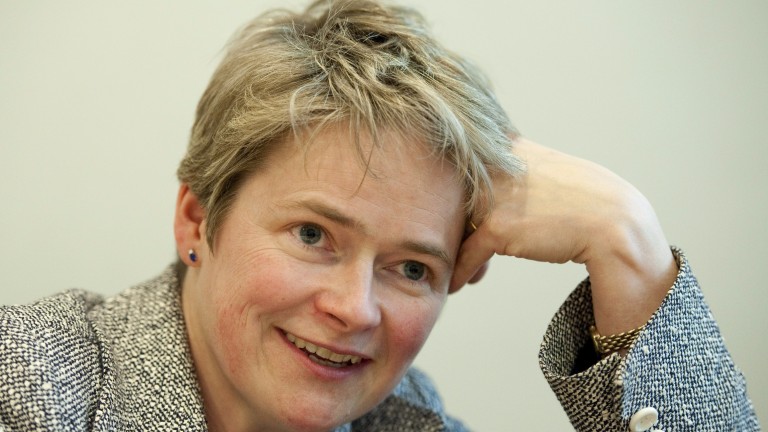 Harding said: “He’s a miler and likes the soft ground, so it was ideal. I’ve been trying very hard for a number of years to do this, so it’s brilliant. I’ve missed only one of these. Maybe they’ll ban me now! But I’d love to come back again.

“My two little girls, Becca and Emma, who are ten and 11, have come to watch me ride in a race for the first time today, so that was special.”

Olympic sailing gold medallist Sarah Ayton, who rode Stable Returns, said about her first experience of the race: “I loved the ride. It was a wonderful opportunity.”