From Flying to Moon: three runners to look out for this evening 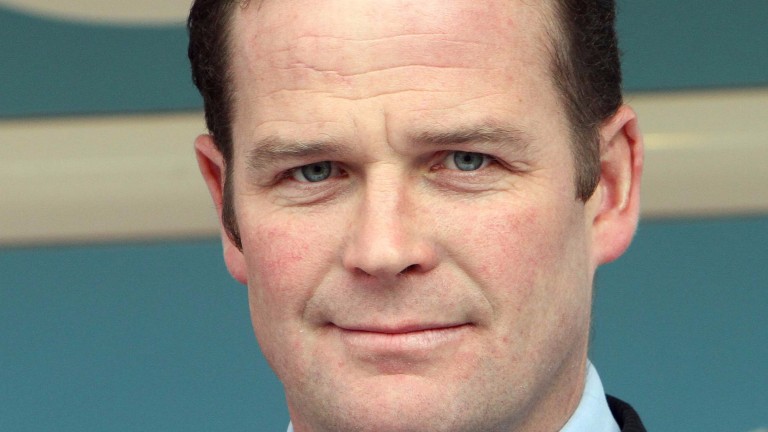 Tonight's evening racing comes from Kempton (first race at 5.55), Ripon (6.35) and Wexford (5.10). We've picked out three horses to watch across the evening cards.

It may be the Flat's time of year but over jumps in Ireland the major operators remain active, even down at the level of a Wexford maiden hurdle in which Willie Mullins and Charles Byrnes look set to have the market principles and Henry de Bromhead gives a debut to the Gigginstown House Stud-owned Statistical, who was tailed off when hot favourite for a point-to-point last April. Of more interest could be the jumps debut of Glan Y Gors, a winner on the Flat for David Simcock who was good enough at attain an RPR of 92. If that translates to hurdling he would be more than capable of taking this contest for Alan Fleming, a trainer who excels in this type of contest.

A spin on the turf did not work out for Arab Moon last month when he turned out at Goodwood 24 hours after winning at Lingfield. He was not disgraced in finishing fifth under a penalty but now he is back on the all-weather has a chance to clinch a hat-trick of wins. He ran out a comfortable winner on his last appearance and was a course and distance winner the time before that. With champion jockey Jim Crowley aboard he can go in again.

There will be a lot of interest in the return to action of Atletico, who has been kept in training with Roger Varian despite not having run for two years. He was second to Home Of The Brave as a juvenile and was progressing well when last seen. But race fitness may be decisive in a contest of this nature so it may pay to follow Flying Pursuit, whose trainer Tim Easterby and jockey Cam Hardie combined successfully at Wetherby on Tuesday. He looked like he was gradually coming in to form when fifth at York last time. Here he is a class lower and 1lb lower.

FIRST PUBLISHED 3:37PM, JUN 7 2017
He was second to Home Of The Brave as a juvenile and was progressing well when last seen