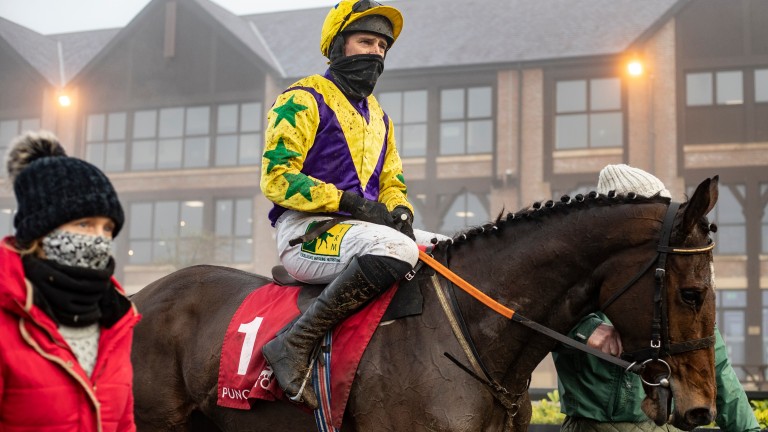 There is an old racing saying that, in order to make a small fortune in this game, you have to start off with a big one. Codswallop.

Skyace is living proof that for not a lot of money you can have the world of fun as the £600 cast-off out of Willie Mullins’ yard brought her tally for Shark Hanlon to four wins at Punchestown on Sunday.

In doing so, Skyace enhanced her claims for the Mares’ Novice Hurdle at Cheltenham in March, and she won’t run before then, according to Hanlon, who believes the best is yet to come from his unlikely stable star.

Hanlon said: “The funny thing about it is that her form is very good, but because she was bought very cheap people seem to be stunned by her the whole time.

“She's improving all the while and what I'm excited most about looking ahead towards March is that she's getting a break now – which she hasn't got all year.

"I'm not going to run her again until Cheltenham. She'll get six weeks' break and then we'll bring her back in.”

Skyace was allowed to go off a 28-1 chance for the Listed mares' novice hurdle at the weekend, despite having landed a Grade 3 on her previous start at Down Royal when 66-1.

The form is becoming more believable by the run as Skyace goes from strength to strength, and Hanlon has warned against underestimating her in future.

He said: “It was a great performance at Punchestown giving away the weight. I asked Jody [McGarvey], 'Had you a bit in hand?' He said to me, 'I won by five lengths and I could have won by 25 lengths.'

“She missed the third-last badly and a lesser mare would have fallen in a hole afterwards, but she was back on the bridle a couple of strides after it, which is the sign of a good horse.

“The better the ground, the better she'll be. She handles soft but yielding to good will be her ground.” 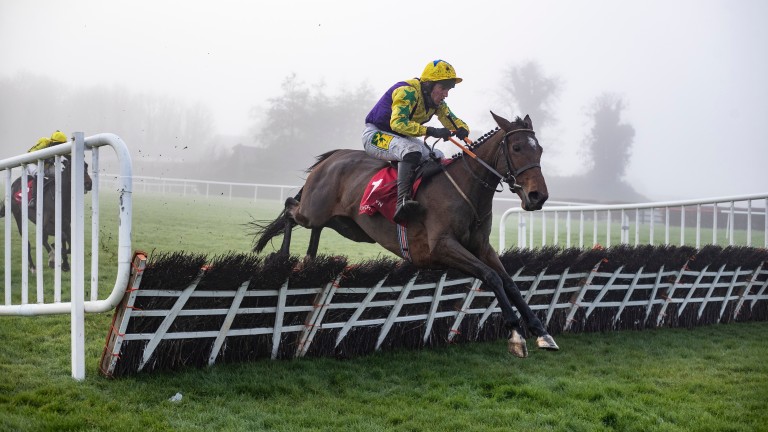 Asked if it was the best £600 he has ever spent, Hanlon replied: “I bought Camlann for £600 as well. I've bought a lot of horses down the years for very small money and they've worked out.

“I went over to Ascot to buy this mare and I rang the crowd of lads that own her [Birdinthehand Syndicate] to tell them I'd love to have her. They asked me how much I thought she would make and I said 15 grand.

“When they looked at the form they said not to come home without her. I opened the bidding at £600 and there wasn't another bid. I was shocked but thrilled.

“The lads are based in Dubai and they were watching the sale together. I remember them asking me if she had three legs or four, but I told them not to worry and that she'd be fine.

“I don't know why she was so cheap. Touch wood, she hasn't taken a lame step since she joined me.”

Skyace failed to win in three starts for Mullins, and for Hanlon is exacting a revenge of sorts on her former trainer, given the success Mullins enjoyed with former Hanlon horse Clondaw Warrior.

“Not many people have improved one off Willie Mullins, in fact, it's usually the other way around," said Hanlon. "But Willie has been nothing but a gentleman and has sent a text to say well done every time she's won.”

FIRST PUBLISHED 8:10AM, DEC 9 2020
Willie has been nothing but a gentleman and has sent a text to say well done every time she has won