Lockdown Guides WHAT TO READ 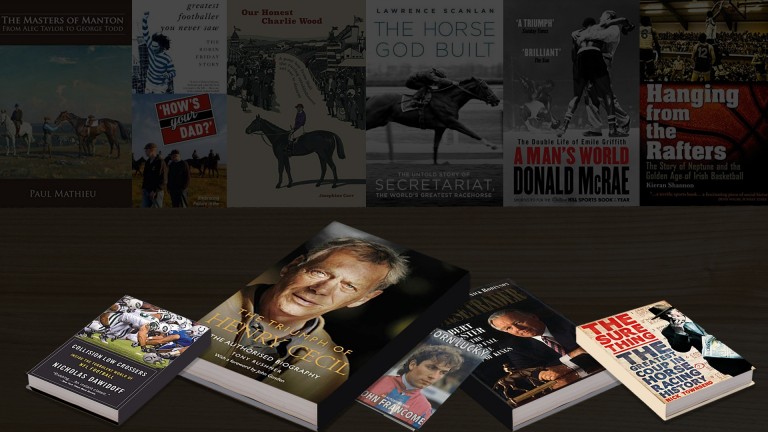 Horsetrader: Robert Sangster and the rise and fall of the Sport of Kings

A compelling read about the rise of Coolmore in the 1970s and 80s through the supercharged spending of owner Robert Sangster and his associates. While the book is focused around Sangster and his involvement in the enterprise, it also, by its nature, covers a whole retinue of dazzling characters – both famous and infamous – involved during this mesmeric and revolutionary period in bloodstock and racing on both sides of the Atlantic. Impeccably researched, engagingly written and, at its very core, a brilliant story, it is a book you simply must read as a racing fan.
Peter Scargill

The Sure Thing: The Greatest Coup in Horse Racing History

Mention Yellow Sam to bookmakers, and a collective shiver will run down their spines. On June 26, 1975, Barney Curley landed an audacious coup at Bellewstown that was as daring as it was inspired. Nick Townsend provides the full story on how Curley managed to take the bookies to the cleaners and it is an engaging and enthralling read.
David Baxter 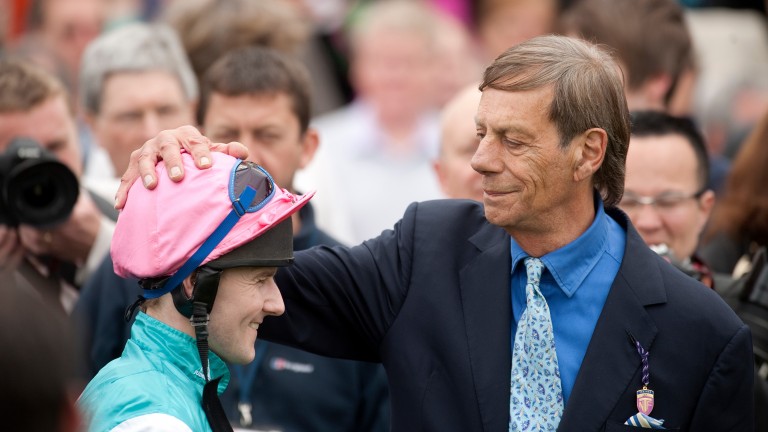 The Triumph of Henry Cecil

This is a fascinating insight into one of racing's most beloved trainers with outstanding detail and emotion throughout. Rushmer spent plenty of time with Sir Henry Cecil during his later years and perfectly depicts how the ten-time champion came back from the brink to enjoy brilliant successes, most notably with the phenomenal Frankel. Including comments from those closest to him and a foreword by John Gosden, this is an essential read for any racing fan.
Andrew Wilsher

The Masters of Manton

Superbly researched work chronicling the history of the careers of the trainers situated at Manton racing stables, from Alec Taylor in the mid-nineteenth century up to George Todd in the 1960s. Gambles, Classic winners and some of the aristocracy's most eccentric characters all feature in this thorough historical account.
Daniel Hill

The Greatest Footballer You Never Saw: The Robin Friday Story

No footage of Robin Friday exists, although everyone who saw him play in the flesh testifies the former Reading striker was the best they saw. This is the premise of a fascinating account of a footballer who was denied the chance to play in the top tier in part owing to his own self-destructive behaviour. Tragic and comic in equal measure.
Daniel Hill 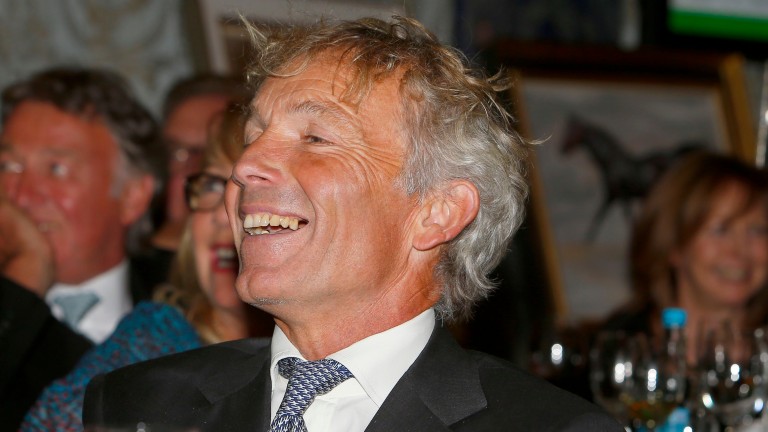 John Francome: can tell a tale or three
Dan Abraham

He was nicknamed "The Greatest Jockey" by John McCririck and his autobiography is pretty great too. Born Lucky is much like the man himself; frank, full of insight, always engaging and packed with good stories. The intervening years have lent it extra historical interest and I can heartily recommend snapping up a copy for less than £3 (including postage) from an online bookseller.
David Carr

Davidoff spent a year with the New York Jets during the 2011-12 season and the result is a detailed and fascinating account of what life is like on a daily basis as part of an NFL franchise. American football is not the easiest of sports to dissect – its jargon and complexity rivals racing – but this book can be enjoyed by casual and hardcore fans alike.
David Baxter

There is a sense of righting a wrong in this telling of champion jockey Charlie Wood's story. Many will never have heard of Wood, which is what Jockey Club members in the late 19th century seemingly wanted. The sport's ruling aristocracy viewed the boy born into poverty in Hull with a sneering disdain and found a way of warning him off. Wood, a public favourite, fought his way back into the sport and won the Triple Crown aboard Galtee More.
Lee Mottershead

The Horse God Built: The Untold Story of Secretariat

This 2006 publication really gets to the heart of the story behind those at the centre of Secretariat's rise and the depth of insight Lawrence Scanlan provides into the phenomenal 1973 American Triple Crown legend is highly impressive. Even if you're already aware of the story surrounding the outstanding US legend, this engaging read will surely give you a more rounded view of the elements that cemented his greatness.
Mark Boylan

Donald McRae has twice won the William Hill Sports Book of the Year and A Man's World, his 2015 work about gay boxing world champion Emile Griffith, must have gone close too. "I kill a man and most people forgive me. I love a man and many say this makes me an evil person," says the enticing cover blurb of this compassionate account, bristling with injustice, of a double life lived in a brutal, prejudiced environment.
Paul Crabtree

Hanging from the Rafters

An engrossing book that chronicles the unlikely phenomenon that was basketball in Ireland in the 1980s. From the hothouses of Neptune and Blue Demons in Cork City to Killester, Marian and Vincent's in Dublin and Ballina in Mayo, Shannon brings to life one of the most mysterious and uplifting episodes in Irish sport.

It was a golden era for the sport that saw industrious Irish outfits raid the big American clubs for would-be stars such as Deora Marsh, who inspired Ballina at a time when Ireland's economy was on its knees. Shannon's in-depth illustration of a halcyon ten-year period earned a top three berth in the 2009 William Hill sports books of the year awards.
Richard Forristal

A truly superb account of a year on the European Tour – not from the viewpoint of one of the profession's top players, but from the eyes of a journalist-turned-caddy. Lawrence Donegan, then of The Guardian, charts a season caddying for journeyman golfer Ross Drummond, at the time ranked 438th in the world.

"Ross was everything I wanted had ever wanted to be: a professional sportsman," writes Donegan in the book's opening chapter. It sets up the reader for a beautifully written tale – one full of wit, humour and grit. No spoilers here, but the story is as much about travel, struggle, companionship, brotherhood, plus the irreplaceable highs and tough lows that elite sport brings, as it is about the game of golf.
James Pugh

Any attempt to extricate himself from his father's shadow appeared to end in disaster for Mick Channon jnr. Arguably, he was fighting a losing battle from birth given Mick snr's sporting success at the highest level. In How's Your Dad? he has delivered a memoir of sorts that sums up that predicament, his unconditional love for the "grumpy old bastard" and the pressures of a racing yard. Framed within one tumultuous season, the pages are alive with humour and pathos.
James Norris

With baseball skulduggery all over the news recently (even making a ripple this side of the pond) thanks to investigations into electronic electronic sign-stealing shenanigans from the Houston Astros, World Series winners in 2017, and the Boston Red Sox (champions in 2018), it is opportune to revisit the sport’s greatest scandal, the so-called Black Sox affair from 1919, when eight Chicago White Sox players colluded with a bunch of major gamblers (Boardwalk Empire fans will note the name Arnold Rothstein among them) to throw the World Series against Cincinnati. This 1963 telling of the affair is both fascinating social history and absorbing page-turner. Published in paperback by Owl Books it appears to be out of print now but there are plenty of second-hand copies around.
Paul Crabtree

Buy many of these titles at the Racing Post shop