From Arkle to Thistlecrack: five stars who lit up Kempton 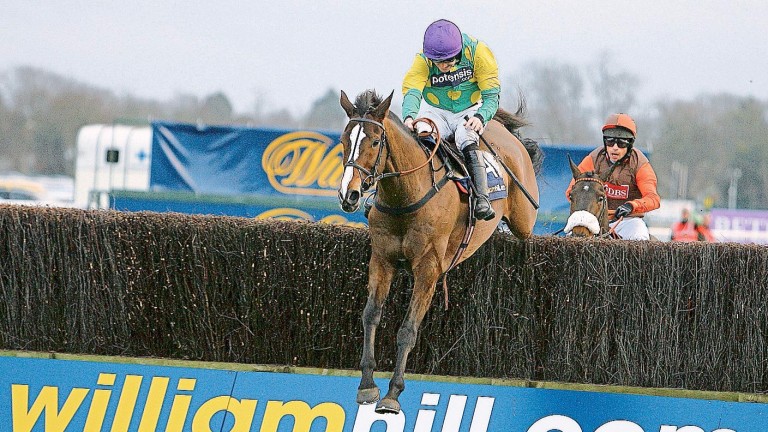 With Tuesday's shock announcement of plans by the Jockey Club to sell Kempton, we take a look at some of the best horses to have graced the Sunbury venue

While perhaps not as strongly associated with Kempton as other tracks, Himself did strut his stuff at the course when adding a King George to his CV 51 years ago.

As well as being the scene of one of his many great triumphs, it was also where the horse still considered by many to be the greatest ever to jump a fence was seen for the final time. Back to defend his crown in 1966, he finished second despite fracturing a pedal bone during the race.

Despite making a return to training, Arkle never ran again.

Another Irish great to light up Kempton almost a decade later was Captain Christy, who put up one of the great performances to defeat Bula by a yawning 30 lengths on Boxing Day in 1975.

Despite almost coming to grief four fences from home, Captain Christy blew the race apart as he became only the second horse up to that point to defend his King George crown.

An icon of the game, Dessie was the first to win three King Georges in a row, having already claimed a first a couple of years earlier.

Sent off a 20-1 shot the first time, by his fourth win he was a 4-6 favourite and on that occassion sent the crowd wild as he pulled out into a clear lead upon entering the home straight and pinged the last three fences like he could go round again.

Like Arkle, his final appearance came here when he fell in the 1991 renewal as he made a bid for a fifth success. His white statue overlooks the parade ring.

The modern history of Kempton is inextricably linked to the great Kauto Star, so much so that not only do runners in every race at the course circle his statue in the parade ring but the Feltham Novices' Chase carries his name.

He was heart-stopping when walking through the last in 2006 and he brought the house down when he took back his crown in 2011, sparking scenes that will perhaps prove the defining image of one of the country's most storied racecourses when the bulldozers move in.

Wayward Lad's part in the history of Kempton is highlighted by the Grade 2 contest won by Altior at the track over Christmas that carries his name, in recognition of his three King George successes.

His trainer, Michael Dickinson, once said he had never seen a better jumper of a fence and three different jockeys, John Francome, Robert Earnshaw and Graham Bradley, were lucky enough to experience the thrill of sitting on his back as he won a King George.