From a Southwell maiden to the world's most famous Flat race 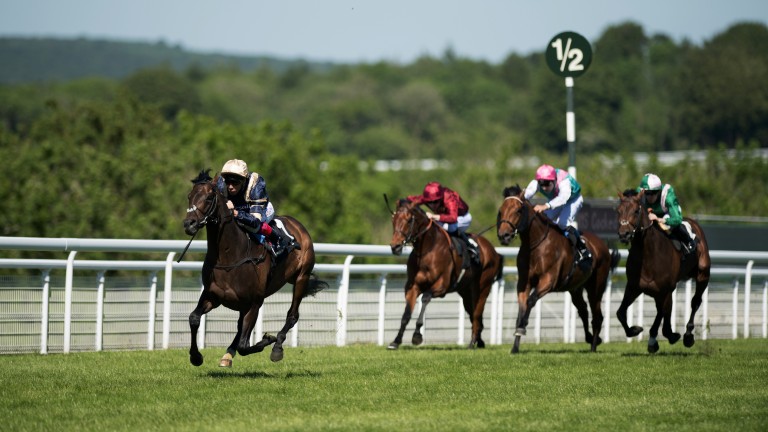 Khalidi seeks to emulate Troy by winning what is now the Cocked Hat Stakes and the Derby
Edward Whitaker / racingpost.com/photos
1 of 1
By Lee Mottershead 10:14AM, JUN 3 2017

One does not expect to see a horse go from a Southwell maiden straight to the Derby. This, however, is a Derby in which some of the routes to Epsom have been distinctly unusual.

The John Gosden-trained Pealer was the 19-length winner of a Fibresand maiden at the prohibitive odds of 2-7 26 days ago.

No Derby winner has made that direct jump before, while it is hardly usual to go straight from winning a Windsor handicap to the premier Classic. That's what Pealer's stablemate Crowned Eagle is doing, giving a fillip to the two Arena Racing Company tracks, at one of whose sister venues, Bath, saw Permian beaten in a Good Friday handicap two months ago.

Arc's Sam Cone said: "It’s not that often we see Derby runners coming straight out of a handicap at Royal Windsor, but Crowned Eagle won nicely in May, and the racecourse team will certainly be cheering him on.

"Similarly, although at slightly longer odds, we’ll be keeping an eye on Pealer, who’ll be flying the flag for Fibresand having won his maiden at Southwell last time out.”

Another Gosden candidate, Khalidi, takes a route that was once familiar but nowadays less so.

The Predominate Stakes was a recognised Derby prep race, although only Troy in 1979 won both races. In recognition of that, Goodwood sought to remove the event's unofficial Classic trial tag, but what is now the Cocked Hat Stakes has this season yielded supplementary entry Khalidi.

"It's fantastic to have the winner of the race going to the Derby," said Goodwood general manager Alex Eade.

"Due to the calendar the races are only eight days apart this year, so we didn't think we'd get a runner at Epsom. That makes it particularly pleasing to see the race show once again that as a Derby trial it isn't dead in the water, one year after Algometer went on to Epsom after winning the Cocked Hat."

FIRST PUBLISHED 8:00AM, JUN 3 2017
It’s not that often we see Derby runners coming straight out of a handicap at Royal Windsor