From a Sligo maiden to the Cheltenham winner's enclosure 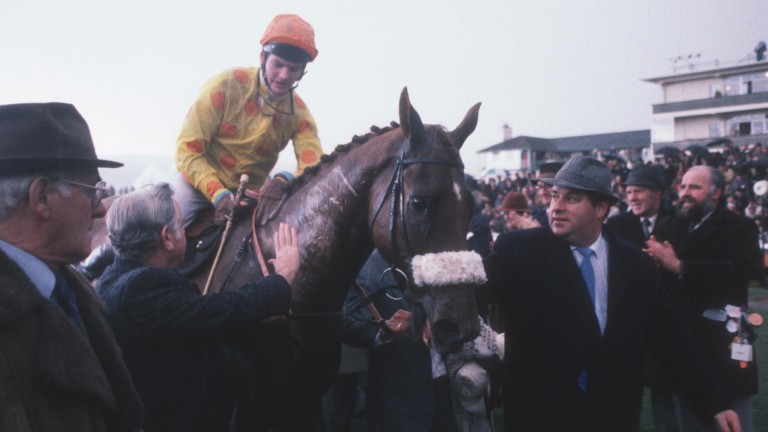 Born and raised round the corner from Fairyhouse in Ashbourne, County Meath, Dwyer began his career on the Flat before weight issues brought him to Britain and the Malton base of dual-purpose maestro Jimmy Fitzgerald. A naturally sympathetic rider and one of the supreme stylists of his generation, Dwyer twice reached the summit of National Hunt racing, winning the Gold Cup in 1985 aboard Forgive’n Forget and again eight years later with Jodami. Since retiring from the saddle in 1997 he has built up a successful bloodstock business and is a leading consignor of Flat talent under the Oak Farm Stables banner.

When I was apprenticed to Liam Brown, Dara Monarch went to a Sligo maiden on a Monday and was very well backed. He got beat but was entered the following Saturday in the Group 3 Anglesey Stakes at the Curragh. I was given the chance to ride him and we won at 33-1 before going on to be third in another Group 3 later the same year of his two-year-old season.

The horse went on to win the Irish Guineas and the St James’s Palace Stakes the following year under Mick Kinane. I was struggling to do nine stone at the time so later the same year, in 1982, I came to Britain to join Jimmy Fitzgerald.

I was very fortunate that my first year in Britain he was in the stable. He was the medium of a substantial gamble for the Coral Golden Hurdle at Cheltenham the following March and duly won.

At 19 I didn’t think about pressure and I had been aware of the horse in Ireland, where he won a bumper at Leopardstown and the trainer and jockey got suspended for six months because of him. He was a high profile horse before he ever came to England.

He ran at Cheltenham over seven consecutive festivals. In 1984 I was injured when he was second in the Sun Alliance before we went on to win the Gold Cup in 1985.

He always lived on his nerves a little but you could work him with a six furlong horse – Jimmy Fitzgerald had good Flat horses at the same time – and he would always beat them. He had a huge amount of speed and stamina to boot and it was a case of getting him settled to find that speed at the end of his races, which invariably he did.

Jimmy never gave me riding instructions and I would just do my own thing. But before the Gold Cup in 1986 he told me not to track Dawn Run as he wasn’t so sure she was that good a jumper. You always tucked Forgive’N Forget in for cover but, after the third last Dawn Run was in front of me. I switched him out going down to the second last, which he jumped very well. He had too much daylight going down to the last, where he had a look at the wing and lost his concentration but, he would never have been better than second.

1987 was The Thinker’s year, when the snow came. With all the going down to the start and then having to come back again, the horse was a bit highly strung and wouldn’t be up for those antics. Sadly the following year he broke his leg when looking like he had a chance in Charter Party’s year. He was a huge influence on my career all the way through.

He was a very good dual-purpose horse who you could mix and match on the Flat. He won a Cesarewitch with Willie Carson and could have won an Ebor but they made too much use of him on the day and he finished fifth. He had a very good career hurdling and he was my last winner at Cheltenham, in the Coral Cup. He was just a good tough horse – not a big horse but handy – and I think about him a lot. You would like to have one as durable and genuine as him.

Jimmy Fitzgerald was very meticulous about how the horses were kept and his horse husbandry was second to none. He was very conscientious about how they were rugged and stabled and that certainly rubbed off on me. He was a great trainer for a big day and he could pick a race out for a horse at the beginning of the year. Invariably if the horse was good enough, he would turn up with a chance. 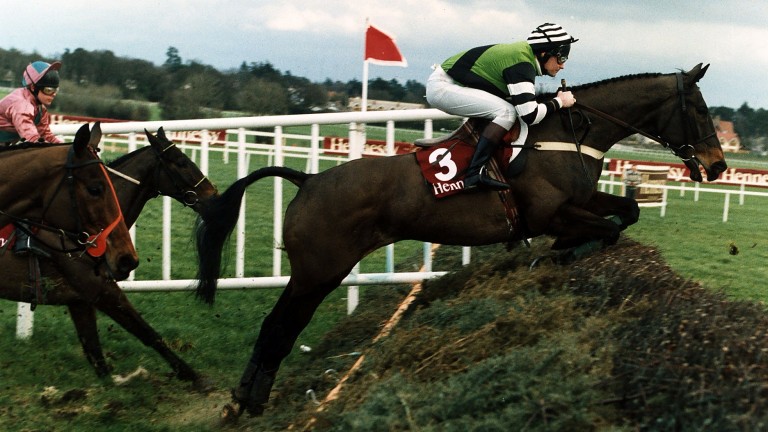 He came latterly in my career and I didn’t get on him until the 1992-93 season when Peter Beaumont and the owners approached me. I was well aware of his ability and it was very good to get a chance to ride such a good horse. He was an unassuming, very laid back horse who was an old-fashioned-looking chaser. Peter Beaumont produced him perfectly on the big days.

We got beat in the Hennessy the season he went on to win the Gold Cup, though don’t ask me how he got beat by Sibton Abbey, who was a ridiculous price [40-1]. He went all the way through to beat Rushing Wild in the Gold Cup and win it very well. I couldn’t actually believe he was going as well as that in a race like the Gold Cup and you always suspect something is going to come from behind you. Jodami was another horse you never wanted to be in front too soon as he would idle a bit so I was keeping company for as long as possible.

It was great to win three Gold Cups at Leopardstown and he was a funny horse in the sense that, the first year I never picked my stick up but I felt he was giving his all and we won by a short head. The day he won his third I got my first ever whip suspension in Ireland. He probably wasn’t far off needing a pair of blinkers and he was just getting a bit relaxed about the whole thing.

If he had jumped the last in the 1994 Gold Cup a bit better he would have given The Fellow a race but on balance, he was a very good horse who achieved more than most.

People might not remember him because he had a very short career. I only rode him for the first time at Market Rasen in a race before the Hennessy Gold Cup. He ran very well in his prep but he was a very difficult horse to train. Even the morning of the Hennessy it was touch and go if he would run. We went to the start and he won like a very, very good horse. I thought he could have been equal to a Forgive’n Forget or a Jodami and, on that day, Arkle wouldn’t have beaten him. He won by ten lengths hard held, beating some very good horses and making them look ordinary. Unfortunately he never ran after the Hennessy. He went down to Nicky Henderson because they had access to a swimming pool but they still couldn ‘t get him back on the track. It was all credit to Jimmy Fitzgerald to win a Hennessy with him.

People go on about Arkle or Kauto Star. I have to say I would be an Arkle fan all the way through. He set the standard from the get-go. He was from a different times when travel wasn’t as easy and he had to come to Britain quite a bit. Plus he was trained pretty much where I come from.