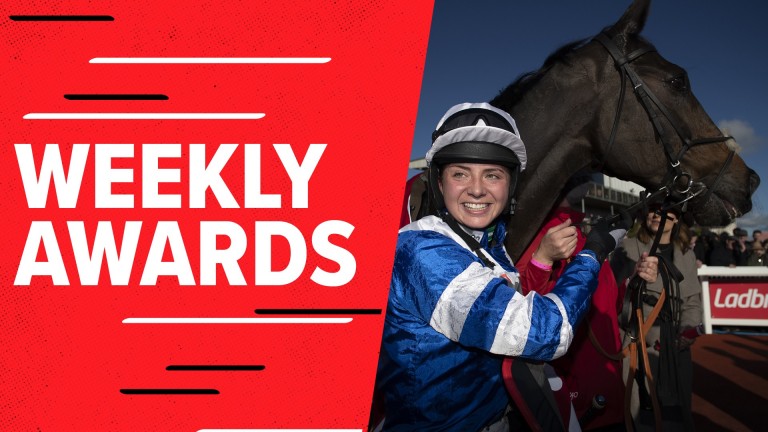 The Racing Post's awards will honour the best (and sometimes worst) performances and raise talking points from the last seven days of racing. This week's winners are . . .

A remarkable performance all round from trainer, jockey and horse as the reigning King George champion, who was winning for the 18th time in his career, provided Paul Nicholls with a fifth win in the race.

Ride of the week

Bridget Andrews drew widespread social media attention when delivering Robin Gold with perfect timing to pip Midnightreflection at Ascot last November and she was at it again on another Dan Skelton-trained horse at the course on Saturday, Amoola Gold.

The eight-year-old had not won since taking the same Listed race last year under Andrews, and despite the pair being fourth jumping the final fence, the rider remained unfazed and her faith was rewarded as they flew up the run-in to pip Monsieur Lecoq and Ciaran Gethings by a head.

Watch a replay of Andrews' ride on Amoola Gold

Trainer of the week

Donald McCain had a superb week of ten winners from 30 runners, operating at a 33 per cent strike-rate. McCain's prolific seven days began with a double at Ayr on Monday from his only runners on the card, Killane and Steinkraus.

Could Be Trouble made it 3-3 for the stable at Bangor on Tuesday with See The Sea completing a hat-trick under conditional Peter Kavanagh at Taunton on Wednesday. Listed hurdle winner Minella Drama made the perfect start to life over fences at Uttoxeter on Friday, before a four-timer at Musselburgh on Saturday.

A dream week was capped off by Gredin's win at Carlisle on Sunday.

Jockey of the week

Brian Hughes deserves an honourable mention, having played a big part in McCain's success, riding all but one of his nine winners this week for the northern trainer, including four of his 285-1 five-timer at Musselburgh on Saturday.

However, Jamie Moore has been in equally impressive form riding eight winners from 14 rides which came courtesy of Triumph Hurdle hope Porticello on Friday, a treble at Ascot and four-timer at Lingfield over the weekend.

The 57 per cent strike-rate for the week is made even more astonishing by the fact that Moore was unplaced only once, an unseating from Editeur Du Gite when in second at the final fence of Amoola Gold's race. 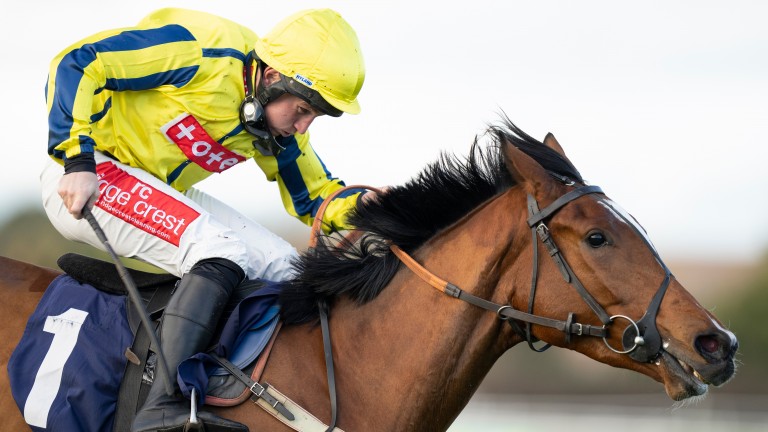 Porticello: one of seven winners for Jamie Moore this week
Edward Whitaker

Feel-good moment of the week

Nothing beats seeing a veteran giving his all to win and Greenside, known as Grandad to those closest to him, did just that in the feature mile handicap at Leicester on Monday.

The ten-year-old's status in Henry Candy's yard is not in question, with the trainer saying: "He's the yard favourite, an absolute saint at home and the most friendly animal in the world."

Upset of the week

Punters were left scratching their heads at the outcome of division two of the 5f novice event at Catterick, given the first three home in the 11-runner field had faced 33 rivals in four previous races between them and beaten a combined total of one.

Milestone of the week

The champion jumps jockey reached a huge personal milestone at his local Stratford track on Thursday, when riding his 1,000th winner on Dorisa Queen for brother Dan. 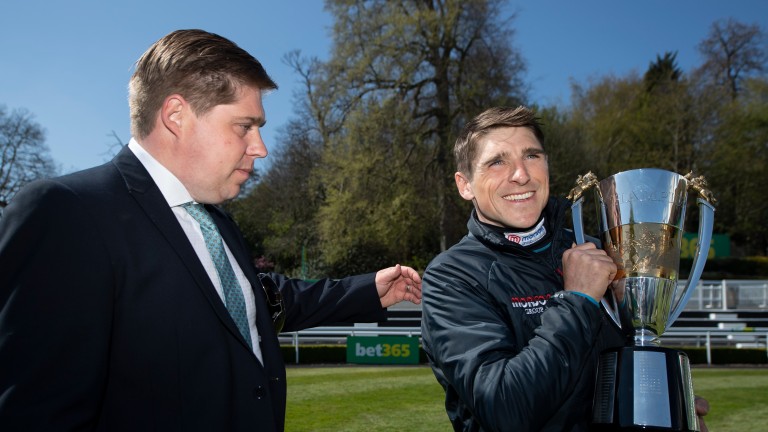 Leighton Aspell: 'His perfectly judged ride meant he had enough left in reserve to hold on'

Weekend eyecatchers: Five horses who caught the eye of our experts across a belting two days

FIRST PUBLISHED 6:00PM, OCT 31 2021
The 57 per cent strike-rate for the week is made even more astonishing by the fact that Moore was unplaced only once