Frodon could step up in trip in Kempton Grade 1 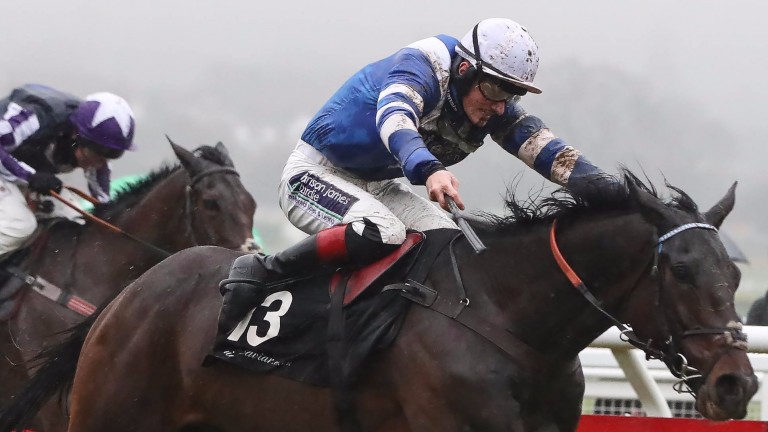 Frodon: "He gave me an enormous thrill when winning the Caspian Caviar Gold Cup'
JOHN GROSSICK
1 of 1
By Richard Birch 5:20PM, DEC 20 2016

The champion trainer, who last won the race now run in honour of the Ditcheat legend with Breedsbreeze in 2008, has also entered the highly progressive Present Man, winner of three of his last four starts over fences, for the 3m Grade 1.

"It's a long way off and we don't have to confirm until Friday, but Frodon has come out of his last race very well,” Nicholls said. “I just put him in to have a look really.

“Present Man has been our intended runner as long as the ground does not get too soft. If there was a load of rain over the weekend I'd probably think twice about it.”

He added: “I intended to run Present Man but Frodon is an option as he gets no penalties and a four-year-old weight allowance, so it was prudent to enter him and have a look.

“If it came up soft it would be no good for Present Man and it might be that Frodon runs."

Frodon made amends for a costly BetVictor Gold Cup mistake at the fourth-last when gamely landing the Caspian Caviar Gold Cup by a length and a half from Aso under Sam Twiston-Davies earlier this month.

Nicholls has made three entries for Wetherby’s 188Bet Rowland Meyrick Chase with last season’s Scottish National hero Vicente, who failed to complete the course on his reappearance in the Hennessy Gold Cup at Newbury last month, joining Virak and Vivaldi Collonges.

"He's [Vicente] in the Rowland Meyrick,” Nicholls said. “All three of my entries have got other options everywhere, it's just a matter of having a look."

FIRST PUBLISHED 5:20PM, DEC 20 2016
Frodon is an option as he gets no penalties and a four-year-old weight allowance, so it was prudent to enter him and have a look