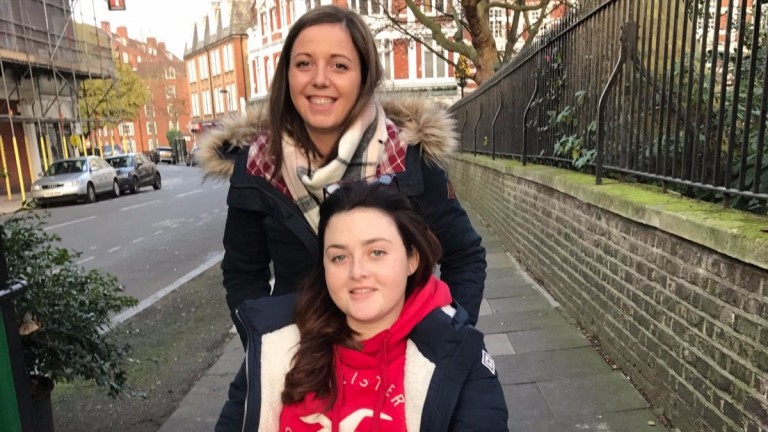 Former apprentice jockey Laura Barry has endured a challenging year after being diagnosed with cancer, but her best friend Gemma Tutty is leading a fundraising drive to aid her cause.

Barry, 24, started suffering pain in her left leg last year, and was diagnosed with a rare and aggressive form of cancer that attacks the nerve ducts. Although that tumour was treated, a second tumour was discovered last November.

Tutty said: "Laura started suffering a lot of pain when she was at Jack Berry House, so went to hospital in Leeds, but they were unable to do anything for her. With the help of the Injured Jockeys Fund we found a specialist who was able to perform surgery on Laura, but he also found some of the original tumour."

Barry has been left with paralysis in her left leg from the hip downwards, and with no chemotherapy specific to her cancer available, different treatments are being considered, including proton beam therapy.

Tutty and Barry became best friends when riding round the world together for the HH Sheikh Fatima Bint Mubarak World Apprentice Series, and Tutty added: "The Injured Jockeys Fund have been brilliant and paid for all her medical fees but there's only so much they can do.

"Laura needs things like an adaptive car, a chair lift and wet room at home. You never hear her moaning about it, she's always cracking jokes and having a laugh. It's never depressing to go see her, always a pleasure."

Barry's gofundme page went live on Monday evening, with jump jockey Brian Hughes pledging £1,000 to start the fund. At 5.30pm on Tuesday, the fund had already passed £18,000 thanks in no small part to a £5,000 donation by Richard Fahey and the team at Musley Bank.

Donations can be made at www.gofundme.com/laurabarry

FIRST PUBLISHED 2:22PM, JAN 10 2017
You never hear her moaning about it, she's always cracking jokes and having a laugh. It's never depressing to go see her, always a pleasure