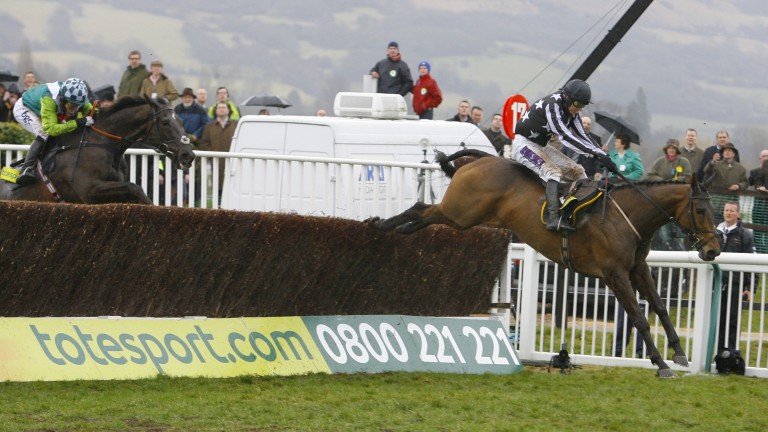 Imperial Commander, one of the novice stars of Cheltenham's first Showcase meeting in 2007, jumps the last clear of Denman in the 2010 Cheltenham Gold Cup
MARK CRANHAM
1 of 1
By Jonathan Harding and Graham Dench UPDATED 11:02AM, OCT 25 2019

With the glitz and glamour of summer Flat racing behind us, our attentions turn to the Cotswolds, where blistering sprints give way to staying chases and keeping warm is the order of the day.

Thundering hooves signal the return of jump racing to its spiritual home at the foot of Cleeve Hill as Cheltenham opens its gates for the first meeting of the season and the long road to the festival begins.

Once a midweek fixture, the two-day Showcase meeting has gone from strength to strength since switching to its primetime slot in 2007 and has been the source of a glittering array of future stars.

The roll of honour reads like a who's who of chasing, with Cheltenham Gold Cup winner Imperial Commander and Dodging Bullets, who landed the 2015 Queen Mother Champion Chase, taking some of their first steps here.

Its most famous graduate is perhaps the indomitable Tiger Roll. The dual Grand National winner had already won the Triumph Hurdle before running out a narrow winner of a 2m½f hurdle, yet few could have imagined the diminutive hurdler would take Aintree by storm.

While Tiger Roll undeniably sets a high bar, the Showcase meeting nevertheless carries the intoxicating promise of burgeoning talent, and dreams of future heroism on the biggest stages.

Enter Al Dancer and Getaway Trump. They arrive with lofty reputations as they prepare to make their debuts over fences for Nigel Twiston-Davies and champion trainer Paul Nicholls.

The two prolific hurdlers had eight victories between them last season and go head to head as they begin their chasing careers.

They are joined on Friday's card by Wholestone, who already has the benefit of a victory over fences and also carries the burden of expectation over fences.

Paul Nicholls has won this three times in the last decade, notably in 2014 with dual Scottish National winner Vicente. Nigel Twiston-Davies was successful in 2012 with The New One, who went on to win the Neptune Investment Management Novices' Hurdle at the festival and many more major hurdle races after that.

Nicholls and Evan Williams are the most successful trainers here, with two winners apiece in the last decade. Jessica Harrington's  2015 winner Rock The World was a festival winner two years later in the Grand Annual Handicap Chase, while Dan Skelton's 2017 winner North Hill Harvey went on to win the Racing Post Arkle Trial at the November meeting.

Another race in which Nicholls does well. His three winners in the past decade include Black Corton, whose 2017 success was followed the same season by wins in the Grade 1 Kauto Star Novices' Chase at Kempton and the Grade 2 Reynoldstown at Ascot. 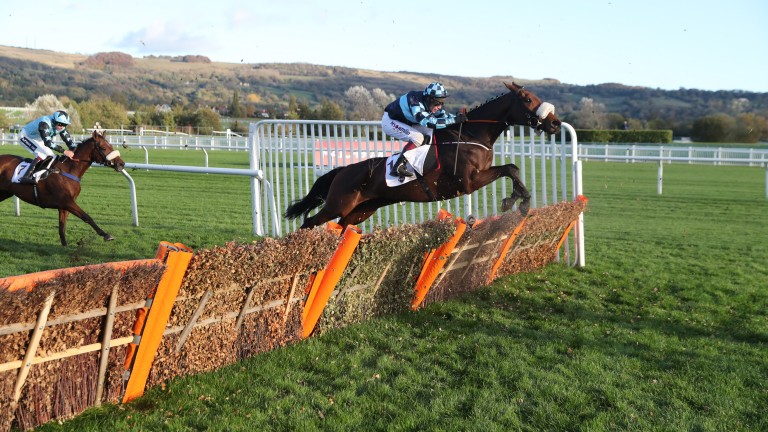 Last year's winner Thomas Darby went on to chase home Klassical Dream in the Sky Bet Supreme Novices' Hurdle at the festival, the 2017 winner Slate House followed up in the Supreme Trial at the November meeting and the 2012 winner Court Minstrel won the Scottish Champion Hurdle the same season and returned to win a novice chase on this card in 2014.

Nicholls has won two of the five runnings of this race. Old Guard, his 2015 winner, went on to win the Greatwood at the November meeting and the International Hurdle in December. Cliffs Of Dover was landing the fourth of eight wins that season when defying a 14lb penalty as a three-year-old the following year.

Philip Hobbs has won this four times in the last ten years, including three times in succession with Balthazar King, whose eight Cheltenham wins included the 2014 Glenfarclas Handicap Chase on the cross-country course. The 2010 winner Midnight Chase was another Cheltenham specialist whose fifth and last course win came in the 2012 Cotswold Chase.

This four-year-old hurdle often punches above its weight and recent winners include Dodging Bullets, a triple Grade 1 winner, including in the 2015 Queen Mother Champion Chase; Tiger Roll, the four-time festival winner and dual Grand National hero; and Sceau Royal, a Grade 1 novice chase winner and third to Altior in the Champion Chase at Cheltenham in March.

Fox Norton was very much on the up when he won this in 2016 for Neil Mulholland, and following his private sale he went on to multiple Graded wins for Colin Tizzard, plus second place behind Special Tiara in the 2017 Queen Mother Champion Chase. When run over an extra half-mile it was won by The Outback Way (1999), Shooting Light (2001) and Johns Spirit (2013), all of whom won the BetVictor Gold Cup the same season.

Nigel Twiston-Davies has won two runnings out of four, including in 2016 with Wholestone, who won two more Cheltenham novice hurdles the same season before finishing third in that season's Albert Bartlett and in the 2018 Stayers' Hurdle.

Twiston-Davies's Betfair Hurdle winner Splash Of Ginge won this in 2014 and went on to win two valuable handicaps at Cheltenham, including the 2017 BetVictor Gold Cup.

Pick of the recent winners here is David Pipe's Moon Racer, who enjoyed a runaway 12-length success in 2014 and added the same season's Weatherbys Champion Bumper at the festival and the following season's Supreme Trial at the November meeting.

FIRST PUBLISHED 6:00PM, OCT 24 2019
Once a midweek fixture, the two-day Showcase meeting has gone from strength to strength since switching to its primetime slot