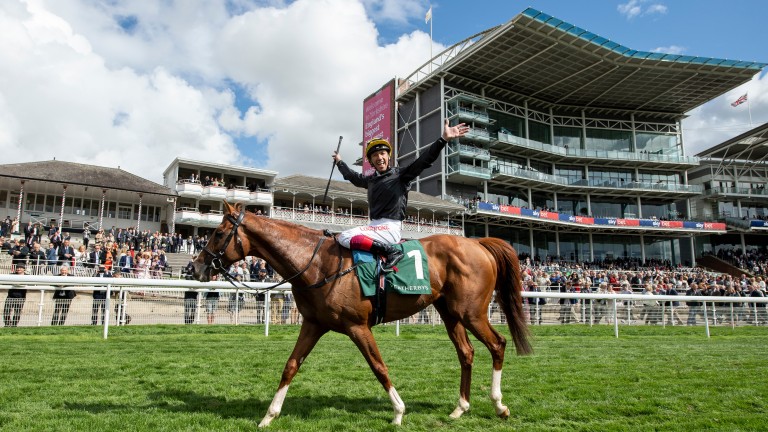 In front of us is a day of wonderful extremes.

First we get the world's finest stayer, then two breathtaking sprinters, one of whom might well head home having convinced us his are the fastest four legs in racing. York can seldom have offered us a Friday as fabulous as this one.

Right now, nobody could say whether the star of this show will emerge from the Weatherbys Hamilton Lonsdale Cup or the Coolmore Nunthorpe Stakes. Moreover, while Stradivarius dominates the afternoon's test of stamina, it is hard to imagine many judges could say with confidence which of the two market principals will prove superior in this test of speed. 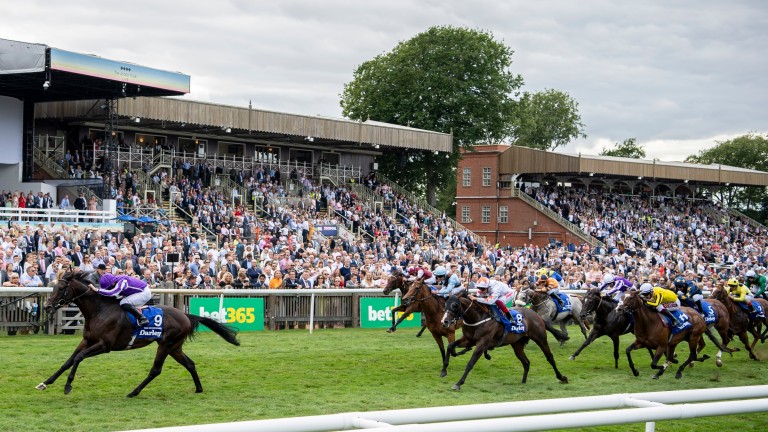 The Nunthorpe has been billed for good reason as about him and him, but we must definitely not discount her. Mabs Cross, last year's narrow runner-up, would hardly be a shock winner yet the betting market and form figures indicate that if the Nunthorpe goes to script the coveted prize will be landed by Ten Sovereigns or Battaash.

An added dimension of interest will come from the fact the two headliners must begin wide apart. The stalls for the 12-runner showpiece will be positioned in the centre of the track. Battaash will explode from closest to the far rail in box one. Ten Sovereigns will start not far off the stands' rail in stall 11.

The Nunthorpe, like the other major sprints, went through a period of attracting fields made up largely of upgraded handicappers. This is not such a Nunthorpe.

Ten Sovereigns is very much in the mould of Aidan O'Brien's two previous winners, Stravinsky and Mozart. They came from Ireland as stunning three-year-olds after a dazzling July Cup success. Ten Sovereigns was every bit as impressive at Newmarket and O'Brien is every bit as confident the drop to five furlongs will not be a problem. 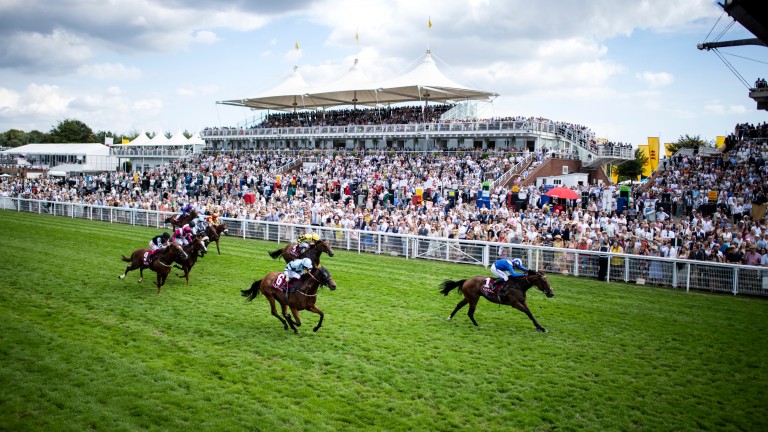 Battaash is great at Goodwood but can he dazzle for the first time at York?
Edward Whitaker / racingpost.com/photos

Yet no matter how fast Ten Sovereigns can gallop – and the times he is said to have clocked at Ballydoyle are astonishing – it would be a surprise if any European thoroughbred could match the pace of Battaash. When at his best he is sublime but York has not been a happy hunting ground for Hamdan Al Maktoum's gelding.

In the last two Nunthorpes he has finished fourth, performing 23lb and 21lb adrift of his career-high Racing Post Rating of 129. Two below-par displays do not equate to concrete evidence but it does leave Battaash with a clear question to answer.

Stradivarius, conversely, has nothing to prove. That is not to say the Lonsdale Cup represents a penalty kick, far from it, but the odds-on favourite is at least proven in every regard. He is unbeaten over the last two seasons and in his last eight races. In even better news, he produced a personal best when defeating Dee Ex Bee in the Goodwood Cup 24 days ago. 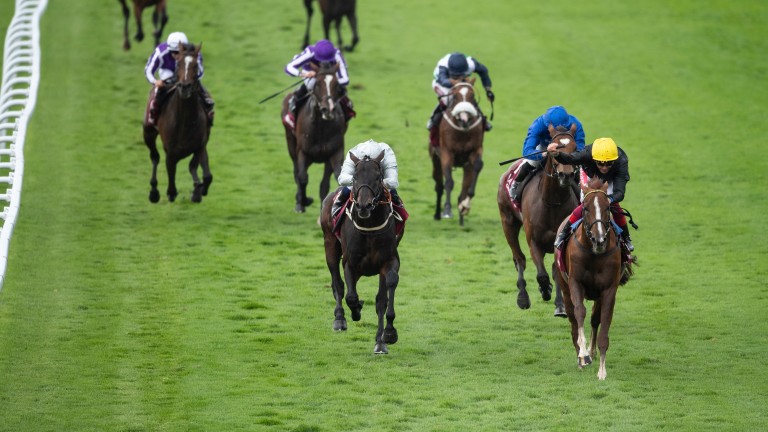 If he defeats him again, plus the three other runners in the Group 2 contest, Stradivarius will earn connections the £1 million Weatherbys Hamilton-insured £1 million bonus, just as he did when it was introduced for the first time last year. He will be a red-hot favourite to make owner Bjorn Nielsen, John Gosden and Frankie Dettori a little bit richer, but while bookmakers say one thing, the form book perhaps says another, for Dee Ex Bee – on this occasion carrying 3lb less than Stradivarius – is weighted to reverse the Goodwood form.

That's what should happen in theory. Always more pleasurable is what actually happens on the racecourse. What happens this Friday afternoon at York should deliver pleasure in abundance.

When you put up £225,000 for a juveniles' Group 2, you deserve to be rewarded with runners. York has been rewarded with a Gimcrack Stakes field bigger than any in recent memory.

Should the 13 remaining in the race all go to post in the Al Basti Equiworld Dubai-backed feature, it would equal the Gimcrack's biggest field for at least three decades.

Threat sets the bar high as he bids to give Richard Hannon a first success in a famous old heat in which his father, Richard snr, did rather well, one of his victories having come 30 years ago with the Willie Carson-ridden Rock City.

Threat sets the bar high in the Al Basti Equiworld Dubai-backed feature as he bids to give Richard Hannon a first success in a famous old heat in which his father, Richard senior, did rather well, one of his victories having come 30 years ago with the Willie Carson-ridden Rock City.

York's largesse can be seen not only in the Gimcrack but also the card's other race for two-year-olds, the British Stallion Studs EBF Convivial Maiden Stakes.

At £70,000, the Convivial boasts a bigger pot than some of the Group events that members of the field may contest over the coming weeks and months. In our part of the world, maidens do not get more lucrative than this one.

Corelli will be a popular choice after running Sky Bet Ebor contender Kelly's Dino to a short head at Newmarket last time. Mandarin should not be confused with the 1962 Cheltenham Gold Cup winner.

All eyes will be on the sport's number-one stayer Stradivarius as he seeks to land the Lonsdale sponsor's £1m bonus for the second year running having already mopped up this season's Yorkshire Cup, Gold Cup and Goodwood Cup. Only four rivals take him on but none of them can be easily discounted.

A big field but Threat completely dominates based on pre-race figures having achieved a Racing Post Rating upwards of 9lb in advance of all his opponents. That came in the Richmond Stakes when chasing home Golden Horde, who boosted the form when taking a fine third in the Prix Morny.

A sprint to savour. Ten Sovereigns, who looked so special brought back to six furlongs in the July Cup, drops down in distance again to confront Battaash, a speed machine who is brilliant at his best – but has never shown his best in this race. Mabs Cross, runner-up last year, adds extra spice to a wonderful contest.

FIRST PUBLISHED 6:00PM, AUG 22 2019
The Nunthorpe has been billed for good reason as about him and him but we must definitely not discount her