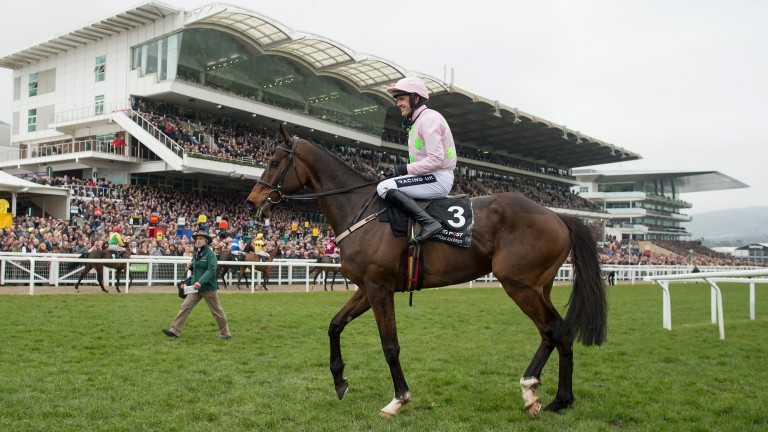 Rich Ricci on Saturday spoke of his increasing hopes that Douvan will line up at the Cheltenham Festival as he described his star chaser as a 50-50 chance to make an appearance.

Douvan was ruled out of the festival by trainer Willie Mullins when he was forced to miss the Tingle Creek in December but, according to Ricci, he is now back on schedule to reappear this season at either Cheltenham or the Punchestown festival in April provided there are no further setbacks.

Because of the uncertainty over his participation the star two-mile chaser is as big as 7-1 for the Betway Queen Mother Champion Chase in which he started 2-9 favourite last March when he lost his unbeaten record over fences and returned injured. He then suffered another setback in the week of the Tingle Creek.

"We are still not quite sure what happened because he was intermittently lame – that's the best way of describing it," said Ricci. "We don't know if it related to a former injury but the vets told us he was out for the season.

"We sent him away then all of a sudden he turned a corner, was back and completely healthy. We started to do some bits with him, a lot of walking, and now he is back in training.

"Everything has to go right. We have been here before. I'm hopeful he makes the festival but he can't afford any setbacks.

"At the moment it's all systems go. He was in such good form right before the Tingle Creek that I'm hoping in that little time off he didn't lose too much fitness and we can get him back to where he was. We won't run him unless he is ready to run a big race."

Ricci rated his chances of running as 50-50.

"It will be straight there or probably Punchestown," he added.

"They will start stepping up his work and he will have two or three critical bits to do right before the festival, probably away at one of the racecourses in Ireland or the Curragh and that'll be it. It won't be a big racecourse gallop. It will be kind of the same routine but there will be a couple of big questions to ask a week or two before the race."

Ricci was speaking at the launch of the BetBright Cup, for which former world snooker champion Ken Doherty and ex-England cricketer Phil Tufnell were announced as team captains in the Britain v Ireland competition won by the country with the most Cheltenham Festival victories.

The Ricci team will have a key part to play and the owner is hoping results at the Dublin Racing Festival next weekend at Leopardstown, where Faugheen – pulled up at the track over Christmas – Min, Djakadam and Sharjah are due to run, can make a significant statement.

"It's been a tough run, a very unsatisfactory season, but hopefully now we can start turning it around starting next weekend," he said.

"They have to go and do it. For me, given the way the season has panned out it is a huge event for Cheltenham because I think it will let us know where we stand.

"I want to see Faugheen win and win like I know he can run. If not he is going to have a hard time justifying his place in the race at Cheltenham against Buveur D'Air. I really want to see him go out and do what he did a couple of years ago.

"He is so lightly raced, his work has been good. I'm telling you everyone was shocked at the performance at Leopardstown. No one could understand or explain it. He didn't look his best in the ring and maybe just wasn't feeling well. They found nothing more sinister that maybe it was one of those things.

"Fingers crossed he comes back and does it because he has been a great horse, he's had his share of bad luck and could use a break." 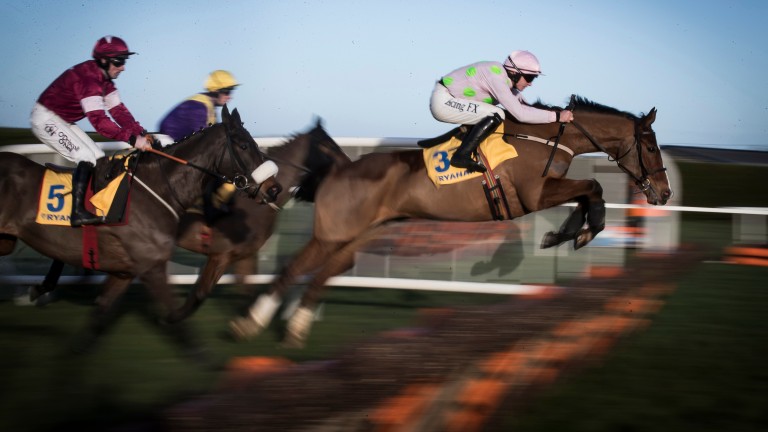 Faugheen (3): will be on a retrieval mission in the Irish Champion Hurdle
Patrick McCann

Ricci said Vroum Vroum Mag, the 2016 OLBG Mares' Hurdle winner who was second in the race last year, was still in training and could be considered for the festival, but he was "leaning towards retirement".

FIRST PUBLISHED 1:35PM, JAN 27 2018
I am hopeful he makes the festival but he can't afford any setbacks. At the moment it is all systems go