Four things to note ahead of Bordeaux Le Bouscat on Saturday 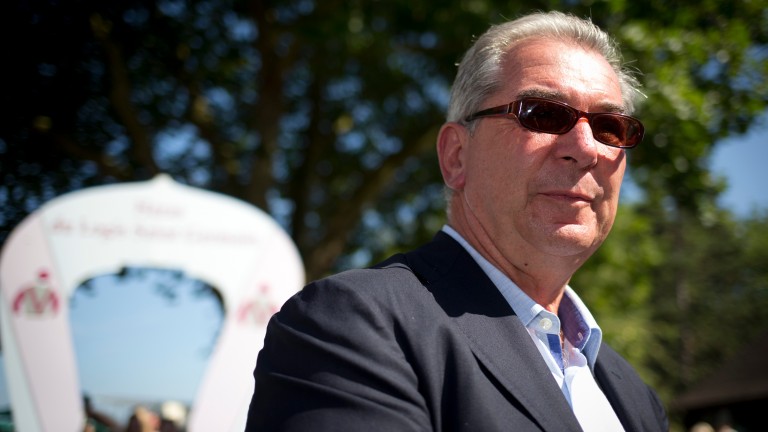 Jean-claude Rouget: has a great record at Bordeaux Le Bouscat
Patrick McCann
1 of 1
By Brian Sheerin UPDATED 11:09AM, MAY 23 2020

By far the best action in France on Saturday afternoon comes from Bordeaux Le Bouscat. Here are some key horses and trainers to look out for . . .

Joe Francais rates as one of the best horses in action at Bordeaux Le Bouscat with Jean-Claude Rouget's colt tackling the Listed Grand Prix de Bordeaux (12.15).

While he was predictably outclassed behind Sottsass in his only venture into Group 1 company last season in the Prix du Jockey Club, Joe Francais has confirmed himself a capable operator this term by winning  a pair of conditions races, most recently at this track in February.

The second race on the card, the Derby du Midi (11.15), is a Listed contest for three-year-olds only and has the makings of a decent race with favourite Frohsim chasing a third win on the bounce.

Froshim is very much the up and coming force and, judging by his impressive victory at Deauville in March, should be competitive at this higher grade.

Jean-Claude Rouget is no stranger to having winners at Bordeaux Le Bouscat. Throughout the past five seasons, the trainer has been operating at a 23 per cent strike-rate at the track, and has sent out 19 winners from 83 runners. That works out at a level stakes profit of €13.40.

Perhaps even more impressive is the record of Antoine de Watrigant at Bordeaux Le Bouscat. De Watrigant has had significantly fewer runners - 18 - at the track over the past five seasons, but boasts a 50 per cent strike-rate with nine winners in that period, which works out at a €31.20 level stakes profit.

Getting to know you

The right-handed track hosts Flat, jump and trotting races - which are run on the all-weather surface. The racecourse is just over a mile and a quarter in circumference, is 20 metres in width and has a two furlong straight. The track is in the Aquitaine region in south-western France.

FIRST PUBLISHED 6:00PM, MAY 22 2020
Throughout the past five seasons, the trainer has been operating at a 23 per cent strike-rate at the track