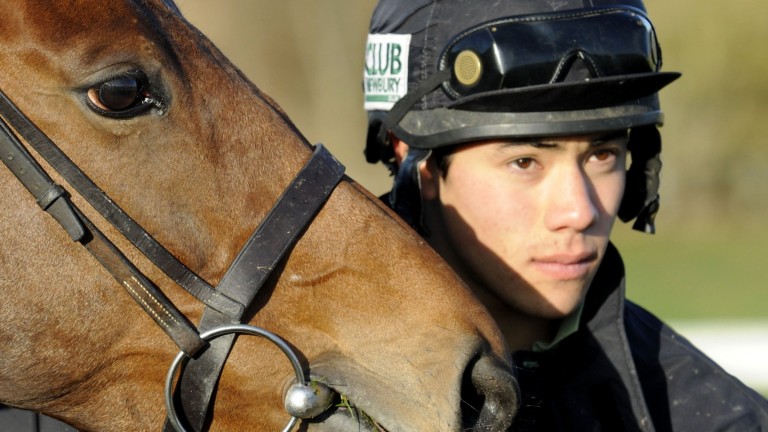 British rider Felix de Giles landed a high-quality renewal of the Grade 2 Prix Murat at Auteuil on Saturday aboard Ebonite, who produced an assured jumping display in a race which is expected to have a major bearing on next month's Grand Steeple-Chase de Paris.

The six-year-old mare took control of affairs with a smart leap at the rail ditch and fence on the final circuit and two good jumps in the straight enabled her to hold off Feu Follet and Carriacou, with favourite Figuero back in fourth.

It would be no surprise to see the first four all reoppose on June 7, although winning trainer Emmanuel Clayeux admitted he had pondered whether to even run Ebonite here after she became fractious during the lockdown. 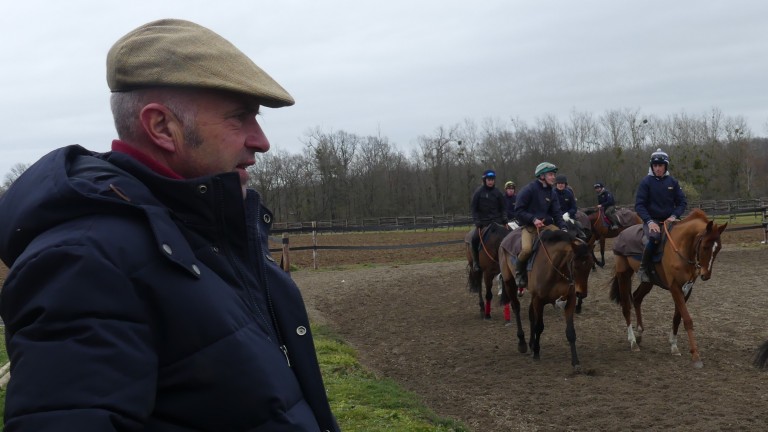 French trainer Emmanuel Clayeux supervises work at his yard in Vaumas
Scott Burton (racingpost.com/photos)
Clayeux said: "She has confirmed her class but I was worried beforehand because, although she did well during the first month of the confinement, she is a mare who gives a lot in the mornings and I began to consider whether she should be left alone for the autumn. In the end I managed to keep her well."

Asked if he had decided on a Grand Steeple-Chase bid, Clayeux said: "At the moment all I am thinking about is a glass of champagne. But yes, she will go. She is an easier ride than before and you can now put her anywhere in a race."

Last year's Grand Steeple hero Carriacou will have delighted connections, only cracking late on over an inadequate trip having made an error two out.

"It was a good comeback run after lockdown," said Jonathan Plouganou, who came in for the ride in place of Davy Russell because of travel restrictions. "I couldn't have asked for any better."

The five-year-olds Feu Follet and Figuero were making their first starts over what is known as the outer track at Auteuil, whereby the field cross the wider spread of the rail ditch and fence – nicknamed the 'Judge of the Peace' – on the second circuit.

Bertrand Lestrade was pleased with Feu Follet, who looked outpaced turning in but stayed on well to provide the final challenge to Ebonite.

"He showed that the Judge of the Peace was no bother to him and I can't wait to take on these rivals again in three weeks," said Lestrade. "I don't think 6,000 metres [3m6f – a mile further than the Murat] will be a problem because he is a big-actioned horse who covers the ground but we will have to try to really know if he stays."

Figuero made a fairly serious error heading out on to the final circuit and faded from the back of the last.

"He needed the run," said jockey Angelo Zuliani. "It was his first try at the outer course and that ground [officially very soft] is quicker than he really wants it."

FIRST PUBLISHED 3:10PM, MAY 16 2020
She has confirmed her class but I was worried beforehand because she is a mare who gives a lot in the mornings