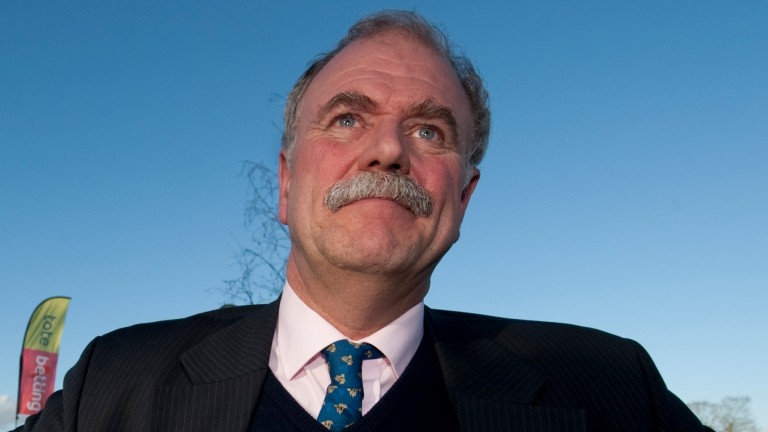 Richard Osgood: supervised covering of track at Newbury on Tuesday
Edward Whitaker
1 of 1
By Richard Birch 9:31AM, FEB 9 2017

Temperatures at Newbury are expected to dip below freezing overnight on Thursday and Friday, but there are no big concerns for the eagerly anticipated meeting on Saturday.

The Berkshire track has been covered since Tuesday and clerk of the course Richard Osgood said: “It’s going to be cold for the rest of the week, but overnight lows are now expected to be -2C instead of -3C. The going beneath the covers is soft, heavy in places on the hurdles track, and soft for the chases.

"I'm hoping there's no reason to be worried. The way it is now I'm quite confident we will be all right."

A Met Office spokesman confirmed that a cold snap is forecast to hit Britain until Sunday. “Cold weather will arrive from the east and track across the country, weakening as it goes,” he said.

“Temperatures at Newbury on Saturday will get up to only a maximum of 3C, and it will feel colder than that with a wind chill.”

Slightly warmer weather is expected the following day, when Exeter stages one of its showcase meetings of the season. “Temperatures will be well above freezing in Devon on Sunday, up to a maximum of 6C,” the spokesman added.

At Exeter, landing, take-offs and shaded areas on the chase track are under frost covers, while Warwick and Uttoxeter, which both race on Saturday, were also covered up on Wednesday.