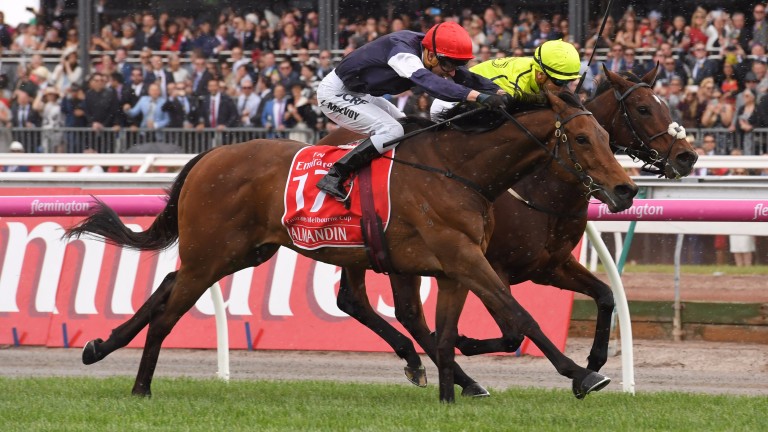 Frankie Dettori has one space left on his chock-a-block CV for a Melbourne Cup win and he will not get many better chances to fill the gap than with defending champion Almandin.

"I've been trying for so many years to win the Melbourne Cup, since my first attempt in 1993, that’s almost 25 years," said Dettori.

He added: "There are 24 runners and it's a top race but you know this horse has a great chance and he comes here with a great profile, winning it last year."

Nick Williams, son of Almandin's owner Lloyd, believes last year's winner will take some stopping and reports him to be flying on the eve of his date with destiny.

Williams said: "If I could pick who I'd love to win it would be Almandin. To have the honour of a back-to-back winner would mean a great deal to us.

"He's flying at the moment. He's in great form and I'd be really surprised if he doesn’t run a blinder. I think he has really improved. Last year he wasn't the finished article and this year he is. Has he improved four and a half kilograms? I guess we'll find out on Tuesday."

Humidor goes into the unknown

Humidor pushed the wonderful Winx in the Cox Plate, finishing a half-length second, and now he will try to take a significant step up in trip in his stride.

"We've always thought he'd stay a trip but his pedigree probably suggests, on the stallion side, that he might not. I'm going to take the risk and find out. He has come out of the Cox Plate in great shape," said trainer Darren Weir.

The home army has lost one of its bravest warriors after Who Shot Thebarman was withdrawn from the field on Sunday due to an elevated temperature.