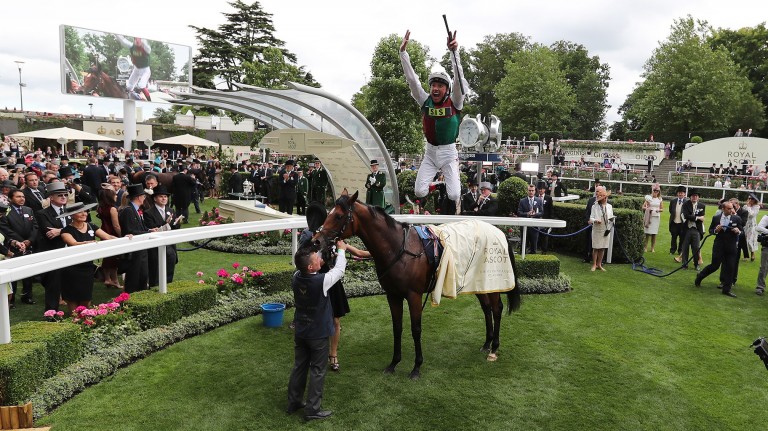 Frankie Dettori performs a flying dismount from Without Parole at Royal Ascot in 2018
CAROLINE NORRIS
1 of 1
By David Milnes UPDATED 4:13PM, JAN 22 2020

Frankie Dettori will jet to Gulfstream Park to partner Pegasus World Cup Turf favourite Without Parole in the $1 million contest in Florida on Saturday.

The former John Gosden-trained five-year-old – no bigger than 9-4 with William Hill for Saturday’s event – is having just his second stateside outing since joining Chad Brown, for whom he finished a closing third in the Breeders’ Cup Mile at Santa Anita last November.

Ridden that day by top US rider Irad Ortiz, Without Parole had previously struck up a productive partnership with Dettori, with his career highlight coming when the pair landed the Group 1 St James's Palace Stakes at Royal Ascot in 2018. 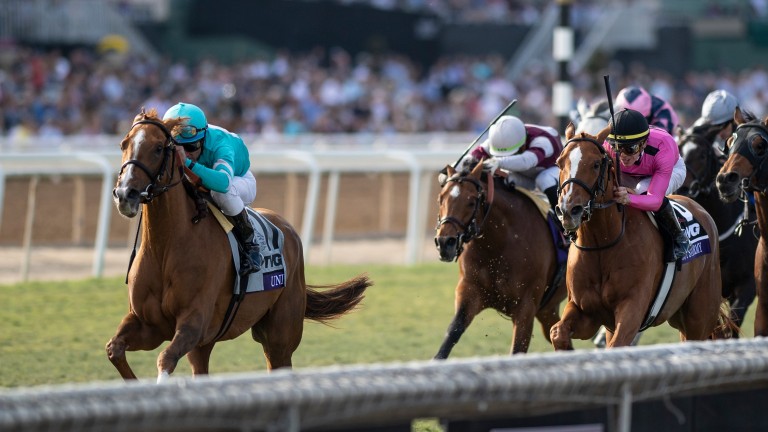 Although booked for the main support event, which is over 1m1f, Dettori is not riding in the featured Pegasus World Cup itself this year after trailing home second last 12 months ago on Mexican champion Kukulkan.

Dettori rode work for the first time this year in Newmarket on Wednesday morning and is expected to fly out to Florida on Thursday.

After supervising the work, Gosden said: "Frankie is going out to ride at the Pegasus Cup meeting this weekend and wanted to come in and get a decent blow in – and he did just that."

Among the opposition on Saturday is the much-travelled Magic Wand, who finished second to Bricks And Mortar in the inaugural running of the contest a year ago and is set to be ridden by Ryan Moore.

Instead of Without Parole, Irad Ortiz is to partner Chad Brown's other runner Instilled Regard, a general 10-1 chance, on whom he won the Grade 2 Fort Lauderdale Stakes over course and distance in December.

FIRST PUBLISHED 2:57PM, JAN 22 2020
Frankie is going out to ride at the Pegasus Cup meeting this weekend and wanted to come in